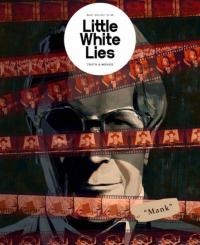 It’s All True: A Conversation with David Fincher: David Jenkins talks to the master filmmaker about realising a passion project after a 30-year wait.

F For Fake: On the magic tricks behind selecting costumes to show up on black-and-white film.

The Dreamers: Adam Woodward scours the credits of Citizen Kane for the lost masters of cinema.

Touch of Evil: Charles Bramesco revisits the little-known 1973 TV movie filmed on the MGM lot as it was being bulldozed.

Too Much Johnson: A complete timeline of how we came to collectively worship certain movies in the West, by Lillian Crawford.

The Other Side of the Wind:Matt Thrift celebrates the preservation and curation work done by the UK’s boutique Blu-ray labels.

Threads: The Majorette costume: Christina Newland picks apart the screen iconography of cheerleader garb in all its guises.