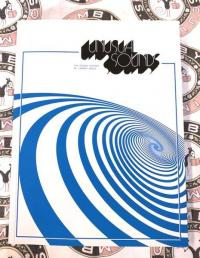 In the heyday of low-budget television and scrappy genre filmmaking, producers who needed a soundtrack for their commercial entertainments could reach for a selection of library music: LPs of stock recordings whose contents fit any mood required. Unusual Sounds is a deep dive into a musical universe that has, until now, been accessible only to producers and record collectors; a celebration of this strange industry and an examination of its unique place at the nexus of art and commerce. Featuring original art by Robert Beatty and an introduction by George A. Romero, whose use of library music in Night of the Living Dead changed film history, Unusual Sounds is mandatory reading for anyone interested in this enigmatic field and its hidden but pervasive cultural influence.

Log in to get emails when David Hollander has something new.