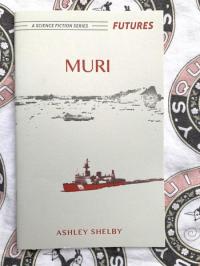 In this reimagining of Herman Melville’s Benito Cereno, the polar bear population has dwindled, and the remaining pods have been relocated to the coast of Antarctica in an attempt to save them using a process called “assisted colonization.” The last pod of Baffin Bay bears has boarded the Precession icebreaker, captained by a man who is keenly aware that the previous crews on this run have gone mad. Are the events that unfold on this sea journey the ravings of an addled mind, the symptoms of contagious hysteria? Or have the bears chosen to rise up to exert their own autonomy?

Log in to get emails when Ashley Shelby has something new.