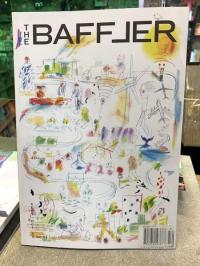 Theme of this issue: ReGlobalization.

The spine of the international liberal order is the global supply chain, a magical formulation that is meant to make us believe capitalism has an organized nervous system we can study. The supply chain is written about and thought about as an organic structure shaped by the markets and supported by reasonable states and leaders who appreciate the balance between competition and cooperation. In recent years, much of the content of liberal newspapers like the Financial Times has been devoted to news and analysis and commentary that implicitly calls for the maintenance of the supply chain and its tributaries through investment and multilateral agreements. The promise of Biden is a return to the efficient production and distribution of goods and services along this chain, and so to the jaunt of progress. It’s not so much that the supply chain isn’t real, it’s just the aggregate processes of production throughout the world. The problem is that Covid-19 should have wrecked this myth for anyone who still believed in it. The uneven distribution of Covid death among the poor and the marginal in these countries, far from explaining this away, merely proves that the smoothest operators of global capitalism are nations with rotten underbellies, those that have found a way to hide the violence that surfaces against workers at the nodes of global production. This month, a joint study from Harvard and the University of Pennsylvania concluded that the excessive Covid-19 mortality rate in the United States “may have been a result of several factors, including weak public health infrastructure and a decentralized, inconsistent US response to the pandemic.” The “inconsistent response” could be chalked up to malfeasance on the part of the Trump administration, but decentralization is largely about the unmapped and unregulated U.S. supply chain and the ideological unwillingness of those in power to use it to save lives. It’s a position that is every bit as liberal as it is Trumpian. The essays in this issue of The Baffler, which we’re calling “ReGlobalization,” are not set moralistically against American domestic controversies of the sort weirdly churned out during presidential elections. But taken together, they do acknowledge, as David Bromwich argues in Writing Politics, that “the idea of a good or tolerable society now encompasses relations between people at the widest imaginable distance apart.” And their response, if we may speak for them, is “no shit.”