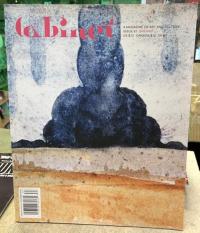 Dreams are some of the most private experiences humans know, and yet humans have long felt a need to share them. Across history, protocols have been developed to make this possible, and though Western culture is poor in such techniques, in this it is the exception. Elsewhere, there continue to be dream-circles and dream recitations, dream predictions and dream journeys. Cabinet 67, with a special section on “Dreams” and coedited by Matthew Spellberg, includes Spellberg’s essay on the cultural history of doing things with dreams; Martin Dimitrov on the suspicious dreams of peasants recorded in the archives of the Bulgarian secret police: and Emma Lieber on citizens’ dreams under authoritarian regimes. Elsewhere in the issue: Carol Mavor on the figure of the hare in the arts; Julian Lucas’ interview with Philip Fisher about the many literary and historical varieties of kindness; and Alfie Brown on “A Love of UIQ,” Félix Guattari’s 1987 screenplay for an unrealized science fiction film.

Canine blood-banking and the question of animal welfare

Sentences / All Kinds of Obscure Tensions, by Brian Dillon:

Samuel Beckett amid the ruins

This Land is Your Land, by Indiana Seresin:

Barthes the Smark, by Luke Healey:

The worlds of wrestling

How Technicolor invented the Hollywood palette

Nature Versus Denture, by Iman Ansari:

On Dream Sharing and Its Purpose, by Matthew Spellberg:

The social contract of sensuous imagining

A Brief Geography of the House, by Catherine Hansen:

The architecture of dream-space

The Dream Stela at Giza, by Tom Hare:

The sphinx and the prince

Dreaming on the Sufi path in Afghanistan

Glossary of Dream Architecture, by Natalie Fizer and Richard Sommer:

Genus for a new circadia

Other People’s Dreams, by Gabriel Coxhead:

Keep it to yourself

Postcard / Extraordinary and Unique Dream, No. 483

Bookmark / No Respite Even When Asleep