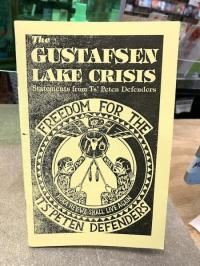 Statements and interviews from the Native defendants, and an analysis and chronology of the 1995 'crisis' in British Columbia which, like at Oka previously, involved armed attacks by the State on Natives prepared to defend themselves and their historic grounds. This booklet is a reprint, having originally been published by the now defunct Montreal section of the Anarchist Black Cross Foundation.

by Kelly Cree, School of Life Design and Jessica Mullen