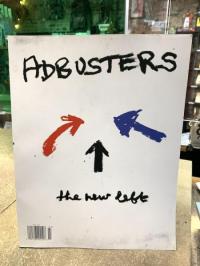 Excerpted from this issue:

Dear reader, let’s get into something personal right off the hop. I want to talk to you about resistance. Resistance is what people feel when they just can’t face what needs to be done. Something important is right in front of them, but it’s so hairy, so scary in its implications on their life, their cozy way of keeping on keeping on, that they can’t deal with it. They resist. The more fear, the more resistance. The more they know deep down that this needs to happen, the more they resist. Resistance grips us when our very soul recognizes just how much is on the line. Like now. In the world. A convergence of human-made problems that have brought us right to the brink of utter chaos. This is such a humongous, overwhelming, shit-in-the-gears existential crisis that we cannot see it for what it is. Ecosystems are crashing. Social structures are breaking down. We’ve polarized into ferociously opposing camps. Gangs roam in a growing number of failed states. A mad rush is on for what remains of the planet’s resources. And lately: brutal crazy stuff. The rise of evil monsters like Assad, Sisi and MBS. Rape and torture are now routinely used as weapons of war. But as our ecosystems crash, as our minds become more muddled, as the center gives way and we start spiraling into a dark age, opportunities will arise. This is the irony. Once we realize that we’re doomed if we do nothing, that’s an oddly liberating place to be. It means we have nothing to lose. And when you have nothing to lose, you have everything to win. That is when anything and everything suddenly becomes possible, when all the homilies, precepts and paradigms we’ve taken for granted for centuries begin to heave. We’re in a geopolitical power-shift moment. The hierarchical, top-down power structures that have ruled the world for thousands of years are collapsing before our eyes. The street now has unprecedented sway. We know what we want. After centuries of rule by kings, emperors, tyrants, mad men, fascists, communists, military dictatorships and mega-corporations, we the people of the world are now ready to take charge of our own destiny and start calling the shots from below. And if the leaders, politicians, intellectuals and pundits of the old world order refuse to listen to us, then, armed with our metamemes, we rush into the streets and get the job done by the sheer power of enraged swarms of humanity howling for deliverance from a future that does not compute. This is the Third Force! I’m about to give you the codes. Are you ready?