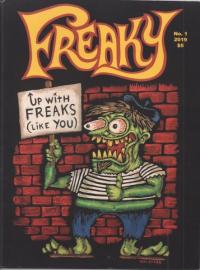 Log in to get emails when Andrew Goldfarb has something new.