Home / Store / Zines / On the Prototypes 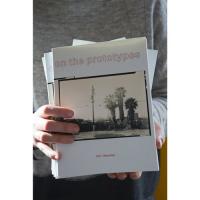 8"x60", 24 page, hand-folded concertina document consisting of black and white and color images of California and Tijuana, shot on film, with text.

Thornton traveled to Tijuana, Mexico to capture the 2018 border wall prototypes. These prototypes were a US "contest" to design and test the would-be ultimate border, federal grants to build these eight structures were awarded to six private contractors. The Criteria involved: use of either concrete or alternative materials; a height of at least eighteen feet (some are up to thirty feet tall); resistance to tunneling under, drilling or blasting through, and scaling over; and having an aesthetically-appealing US-facing side, which blends in with and somehow beautifies the natural landscape.

Log in to get emails when Eric Thornton has something new.