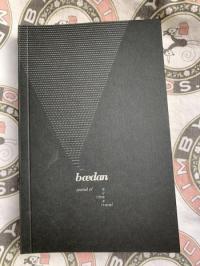 This issue marks a further attempt to pose and to flesh out a queer critique of civilization. Queer not only in the sense of coming from those outside and disruptive of the Family, but also in the sense of a critique weirder than its more orthodox cousins. We imagine the Bædan project as an effort to pose the critique of civilization otherwise, to begin from another place. In this issue (and beyond…) we have conjured a strange bestiary of thinking, trying to unearth and trace the tradition of anti-civilization thought in the literature of queerness and in queerness as immanent critique. This issue contains: an exploration and interrogation with some help from Copi, Michel Foucault, and Samuel Delany, , of the ‘coming out’ of the early gay liberation movement, and its relationship to identity and time. A reading of the interweaving friendship and conspiracy between James Baldwin and Jean Genet with particular attention paid to the lessons they offer to those living and fighting today. A new translation of “Anal Terror”, Paul / Beatriz Preciado’s mythical history of the emergence of the front homosexuel d’action révolutionnaire (FHAR) in France. “The Antinomies of Sexual Discourse”, a critique of sexual liberation, published with an introduction in memory of our dearly departed Chris Chitty. And a multiplicity of diverging correspondences inspired by and engaging with a polymorphous corpus including: Diane di Prima, Guy Hocquenghem, Zach Blas, the Dark Mountain project, Austin Osman Spare, Alejandro de Acosta, chaos magic, Afro-pessimism, black feminism, critiques of the human, queer theory, urban rioting, the epic of Gilgamesh, the Kurdish struggle for autonomy, very bad nihilism, encryption, utopia, holes, the occult, the ecstatic, the flesh. Printed and bound in Seattle with covers printed by Eberhardt Press.

Log in to get emails when Austin Osman Spare has something new.