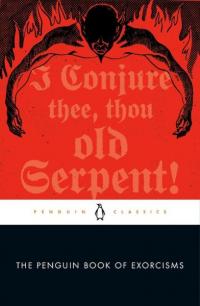 Haunting accounts of real-life exorcisms through the centuries and around the world, from ancient Egypt and the biblical Middle East to colonial America and twentieth-century South Africa. Levitation. Feats of superhuman strength. Speaking in tongues. A hateful, glowing stare. The signs of spirit possession have been documented for thousands of years and across religions and cultures, even into our time: In 2019 the Vatican convened 250 priests from 50 countries for a weeklong seminar on exorcism. The Penguin Book of Exorcisms brings together the most astonishing accounts: Saint Anthony set upon by demons in the form of a lion, a bull, and a panther, who are no match for his devotion and prayer; the Prophet Muhammad casting an enemy of God out of a young boy; fox spirits in medieval China and Japan; a headless bear assaulting a woman in sixteenth-century England; the possession in the French town of Loudun of an entire convent of Ursuline nuns; a Zulu woman who floated to a height of five feet almost daily; a previously unpublished account of an exorcism in Earling, Iowa, in 1928, an important inspiration for the movie The Exorcist; poltergeist activity at a home in Maryland in 1949, the basis for William Peter Blatty’s novel The Exorcist; a Filipina girl “bitten by devils”; and a rare example of a priest’s letter requesting permission of a bishop to perform an exorcism, after witnessing a boy walk backward up a wall. Fifty-seven percent of Americans profess to believe in demonic possession; after reading this book, you may too.

Log in to get emails when Joseph P. Laycock has something new.