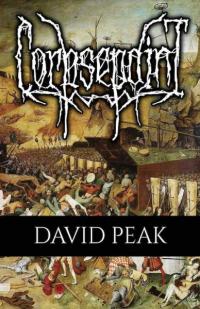 It's been years since the groundbreaking debut of black metal band Angelus Mortis, and that first album, Henosis, has become a classic of the genre, a harrowing primal scream of rage and anger. With the next two albums, Fields of Punishment and Telos, Angelus Mortis cemented a reputation for uncompromising, aggressive music, impressing critics and fans alike. But the road to success is littered with temptation, and over the next decade, Angelus Mortis's leader, Max, better known as Strigoi, became infamous for bad associations and worse behavior, burning through side-men and alienating fans.Today, at the request of their record label, Max and new drummer Roland are traveling to Ukraine to record a comeback album with the famously reclusive cult act Wisdom of Silenus. What they discover when they get there will go far deeper than the aesthetics of the genre, and the music they create, antihuman, antilife, ultimately becomes a weapon unto itself.Equally inspired by the fractured, nightmarish novels of John Hawkes, the blackened dreamscapes of cosmic-pessimist philosophy, and the music of second-wave black metal bands, author David Peak's Corpsepaint is an exploration of creative people summoning destructive powers while struggling to express what it means to be human.

Log in to get emails when David Peak has something new.