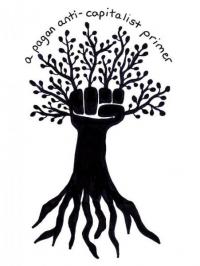 by Alley Valkyrie and Rhyd Wildermuth

The publisher says: Gods&Radicals was started after Alley Valkyrie & Rhyd Wildermuth gave a presentation about Capitalism and Paganism at a conference. The room was packed, people spilled outside, and both Alley and Rhyd found themselves sitting on a counter ledge so more people could fit.

A Pagan Anti-Capitalist Primer is the zine they handed out, and Gods&Radicals now offers an expanded, professionally-printed version.

Touring America: Up the Punx!