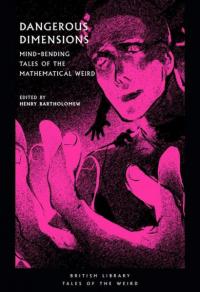 Unlike the Gothic, which tends to fixate on the past, the haunted, and the ghostly, early weird fiction tends to probe, instead, the very boundaries of reality, exploring the laws and limits of time, space, and matter. This new collection assembles a range of tales from the late 19th and early 20th century that showcase weird fiction’s unique preoccupation with physics, mathematics, and mathematicians. From tales of the fifth dimension and higher space, to impossible mathematics and mirror worlds, these stories draw attention to one of the genre’s founding inspirations, the quest to explore what "reality" means, where its limits lie, and how we cope when we near the answers.

Log in to get emails when Henry Bartholomew has something new.