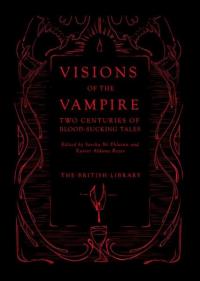 Visions of the Vampire: Two Centuries of Immortal Tales

The vampire is one of the great enemies of humanity, a nightmarish figure who feeds on the living in order to sustain themselves. Born from ancient folklore, writers in the 19th century gave form to the vampire as we know it today. Still haunting our subconscious in the 20th century, a new wave of writers continued to develop the imagery and traditions of the vampire and the vampire continued to evolve. From John Polidori’s iconic short story "The Vampyre" and tales of parasitic female companions to experimental and freshly thrilling takes by Robert Bloch, Angela Carter, and Anne Rice, this new collection sets out to present the enrapturing range of the vampire story and our undying fascination with the monster at its heart. edited by Sorcha Ni Fhlainn and Xavier Aldana Reyes with stories by Bram Stoker, Ernst Raupach, Mary E. Wilkins Freeman and more.