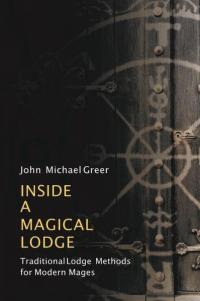 Inside a Magical Lodge: Traditional Lodge Methods for Modern Mages

For centuries, magical lodges have been one of the most important and least understood parts of the Western esoteric traditions. The traditional secrecy of lodge organizations has made it next to impossible for modern students of magic to learn what magical lodges do, and how their powerful and effective traditions of ritual, symbolism and organization can be put to work. This updated and expanded edition of Inside a Magical Lodge reveals the foundations of lodge work on all levels - from the framework of group structure that allows lodges to efficiently handle the practical needs of a working magical group, through the subtle approaches to symbolism and ritual developed within lodge circles, to the potent magical methods that lodges use in their initiations and other ceremonial workings. It is a must-read for members of existing lodges, for students of magical traditions such as the Golden Dawn, for practitioners of other kinds of group magical work and for all those who have wondered about the hidden world behind lodge doors.

Log in to get emails when John Michael Greer has something new.