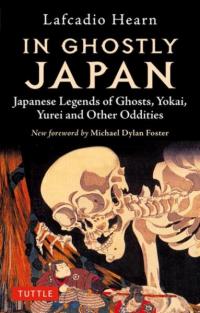 In Ghostly Japan: Japanese Legends of Ghosts, Yokai, Yurei and Other Oddities

"Think not that dreams appear to the dreamer only at night, the dream of this world of pain appears to us even by day."

In this book, famed author Lafcadio Hearn presents 14 fascinating stories, including deathless ghosts and yokai, local folklore and haunted places, as well as Buddhist traditions. This edition includes a new foreword by Michael Dylan Foster which explains the book's importance as a Japanese cultural and literary classic. The Japanese have two kinds of ghosts in their folklore, the spirits of the dead and the spirits of the living. In Ghostly Japan examines both and, in the process, offers a fascinating window into Japan's supernatural and spiritual world.

Log in to get emails when Lafcadio Hearn has something new.