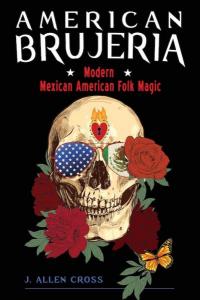 American Brujeria is about the fascinating blend of American and Mexican folk magic currently practiced by those living in the US but whose roots are steeped in Mexican culture. The author, who has named this tradition “American brujeria,” explores this magical system, while also offering practical advice on using it. American brujeria is a living, vital tradition that -- while it shares things in common with other folk magic traditions, such as American Conjure, also features its own unique traditions, as well as familiar ones, such as the veneration of saints, both canonized, such as Guadalupe, and folk saints like Santa Muerte.

Log in to get emails when J. Allen Cross has something new.