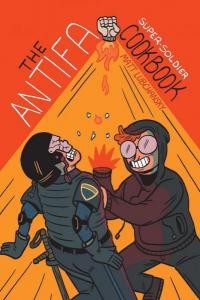 What if everything the right thought about the left was real? Accomplished ANTIFA operative Max Marx is about to get THE big promotion: body augmentation to become a fully-fledged super-soldier in the shadowy organization’s never-ending battle to destroy the police, the American way of life, gender, capitalism, and anything else they decide to deem “fascist.” The next frontline: internet celebrity and right-wing gadfly Adonis Asproulis is about to give a lecture on the campus of the prestigious Earle University. Adonis could do the impossible: present college students with a debate, ANTIFA’S worst nightmare. Can Max and his comrades get to the university and deplatform him in time? Or can the officers of the Big City PD and newly-promoted Sergeant Paul O’Shea put a stop to it?

Log in to get emails when Matt Lubchansky has something new.