Home / Store / Books / Whisper Down the Lane: A Novel 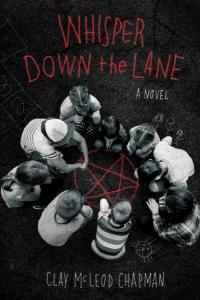 Whisper Down the Lane: A Novel

A pulse-pounding, true-crime-based horror novel inspired by the McMartin preschool trial and Satanic Panic of the ’80s.

Richard doesn’t have a past. For him, there is only the present: a new marriage, a first chance at fatherhood, and a quiet life as an art teacher in Virginia. Then the body of a ritualistically murdered rabbit appears on his school’s playground, along with a birthday card for him. But Richard hasn’t celebrated his birthday since he was known as Sean…

In the 1980s, Sean was five years old when his mother asked him if his favorite teacher had ever been inappropriate with him. In the course of one conversation, Sean was led to tell a lie. When school administrators, cops, and therapists questioned him, he told another. And another. And another. Each fueled the fire of a moral panic that engulfed the nation, and destroyed the lives of everyone around him. Now, thirty years later, someone is here to tell Richard that they know what Sean did. But who would even know that these two are one and the same?

Log in to get emails when Clay McLeod Chapman has something new.