Home / Store / Books / Babble on an' ting: Alex Paterson's Incredible Journey Beyond the Ultraworld with The Orb 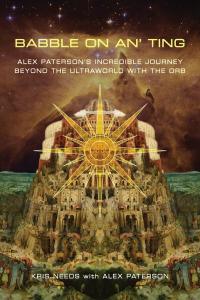 Babble on an' ting: Alex Paterson's Incredible Journey Beyond the Ultraworld with The Orb

by Kris Needs and Alex Paterson

The Orb have been long been acknowledged as prime instigators in 1988's acid house revolution who invented "ambient house" and took it to the top of the album charts, always pushing the outer limits of electronic innovation and sonic pioneering in a parallel "Ultraworld" of their own making. Always steering The Orb's anarchic starship with an ever-changing crew of collaborators (which has included Youth, Andrew Weatherall, Jah Wobble, Steve Hillage, Dave Gilmour, and Lee Perry), 2019 saw Alex celebrating over thirty years of visionary mischief-making on a sell-out UK tour attracting younger generations along with seasoned fellow travellers. Yet, as The Orb enters its fifth decade with seventeenth album The Abolition Of The Royal Familia greeted as a late-period masterpiece, Alex's spaced odyssey has not been an easy ride, battered by betrayal and rip-offs punctuating triumphs. Behind the surreal samples, inter-galactic sounds, billowing hash-smoke, and decidedly British humour lies an astonishing life story that's far from ordinary and resounds with the depth of the true survivor following their musical passions.

Babble On An' Ting: Alex Paterson's Incredible Journey Beyond The Ultraworld with The Orb is the first full account of one of the last century's most fascinatingly idiosyncratic musical pioneers. Written by Kris Needs in close collaboration with Paterson, it tells Alex's story through traumatic Battersea childhood, boarding school abuse, punk's liberating impact resulting in roadying for Killing Joke, DJing and first recordings with the JAM's Jimmy Cauty and starting a record label and The Orb.