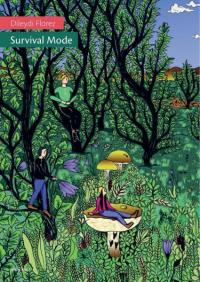 Iceland was settled by Norwegian Vikings in the 9th Century AD and it is said to have been named by Hrafna-Flóki Vilgerðarson. But before Flóki, the country was known as Snæland (Snowland) and Garðarshólmur (Garðar's Isle). It is said that Iceland was untouched by humans when Garðar Svavarsson arrived. After humans started making use of the land, the rich and plentiful ecosystem of Iceland disappeared. It is now up to the present generations to achieve the revitalization of this lost paradise.

Log in to get emails when Dileydi Florez has something new.