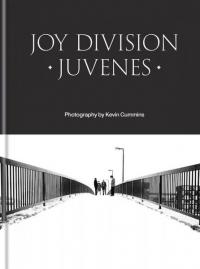 Add to Bag
A new, expanded edition of the legendary book published more than a decade ago, now with added interviews and unpublished photographs.

The definitive collection of the Joy Division photographs of Kevin Cummins, including new interviews with Bernard Sumner, Peter Hook and Stephen Morris.

Originally published in 2007 in an ultra-limited run of just 226 copies, Juvenes is a book with legendary status among Joy Division devotees. The book consists of Kevin's selection of pictures from his Joy Division archive accompanied by short personal essays and memories from the band's family, contemporaries and fans and from several writers including Ian Rankin, David Peace and Natalie Curtis. The foreword is by Ian Rankin. Now comprehensively updated with new material and images that have never been published in a book before, this new edition will allow the band's many die-hard fans to own it for the first time.

Juvenes is a truly special celebration of the magic of Joy Division.

Chief photographer at the NME for over ten years, Kevin captured some of the best-known images in modern music history - his work has decorated bedroom walls the world over.

Log in to get emails when Kevin Cummins has something new.