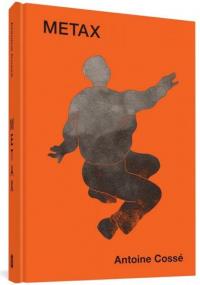 A society, greedily dependent on a mysterious natural resource, meets a force indifferent to social or class status in this graphic novel.

In the dystopian city-state of Kronin, the chief engineer is in charge of all mining of Metax -- a precious material that has become indispensable to survival because of its extraordinary qualities. Meanwhile, a police officer investigates the mysterious killing of royal horses, suspecting a terrorist insurrection. Sabrina, the engineer's daughter, is a member of this resistance group, which appears to be comprised of children. Meanwhile, the King's hidden hand sets in motion a power play that will change the destiny of the kingdom forever, and all of these characters get caught up together in a whirlwind of violence and faith. This lusciously illustrated, science fiction fantasy by French cartoonist Antoine Cossé moves with the grace of a swan. Dark, romantic, and compassionate, it is an exploration of greed, its consequences, and the possibility of escape.

Log in to get emails when Antoine Cosse has something new.

by David Ocampo and Carmen Pizarro