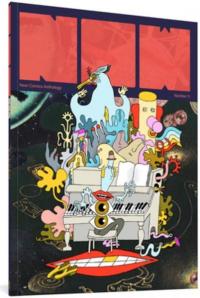 NOW: The New Comics Anthology is, every issue, a self-contained cross-section of the best short comics stories the globe has to offer, and has established itself as the preeminent anthology of first-rate comics talent from around the globe. Including brand-new, never before-seen material from a mix of emerging and established talent, NOW is the perfect answer to the question, "Why Comics?"

Fabulous Furry Freak Brothers: The Idiots Abroad and Other Follies

by Paul Mavrides and Gilbert Shelton