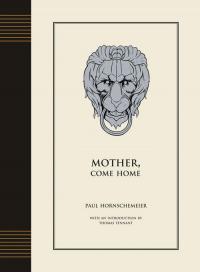 Mother, Come Home is Paul Hornschemeier’s piercing graphic-novel debut, long out of print and now available for the first time in hardcover. It secured the cartoonist’s place as one of his generation’s most skillful and ambitious practitioners, and proved a harbinger of the subject matter that the artist would go on to explore most consistently in later work: the nuclear family.

Mother, Come Home quietly studies the inner lives of recently widowed David and his 7-year-old son, Thomas; both are unable to deal with their grief directly. Thomas, protected by a lion’s mask that his mother gave him, constructs an identity for himself as “the groundskeeper”: ritual and routine, already important to children that age, become paramount to him. He struggles desperately to keep up appearances while his father, a professor of symbolic logic, becomes lost in abstractions. Father and son begin to retreat into their fantasies, but only one emerges.

Log in to get emails when Paul Hornschemeier has something new.