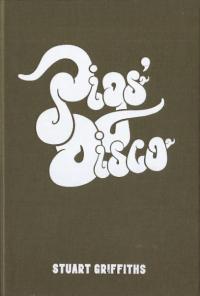 Woof! This thing is it's own special trip: mayhem-infused gonzo reportage laid out as an art book/photozine and novel rolled into one.

More about this badassery from publisher Ditto Press:

"Stuart Griffiths joined the British army in 1988, aged 16. Within a year he had earned his red beret and was posted to the Parachute Regiment in Northern Ireland.

With an Instamatic camera, he began to document the everyday reality of war: the accidental killing of teenage joyriders, violent riots, the aftermath of bombings and shootings, gallows humour, LSD trips and the titular ‘Pigs' Disco’