Home / Store / Books / Garbage People: The Trip to Helter Skelter and Beyond with Charlie Manson and The Family, The 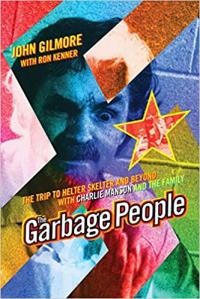 The Garbage People: The Trip to Helter Skelter and Beyond with Charlie Manson and The Family

"Where does the garbage go, as we have tin cans and garbage alongside the road, and oil slicks in the water, so you have people, and I am one of your garbage people." - Charles Manson, 1969Random murder and savage overkill, mind control and head trips, witchcraft and Satanism, cursed glamour, Haight-Ashbury, rock’n’roll, biker gangs, sexual rebellion and dune buggies roaring across Death Valley in search of the hole in the Earth...Half a century down the line, Charles Manson and his bizarre sway over the Family remains riveting. The Garbage People is a classic account of one of the most chilling and fascinating crime sagas of our time, now available in a revised edition including new vectors into the kaleidoscopic tale that spins out of the slayings emerge with material on killer Bobby Beausoleil and his occult alliance with underground film maker and writer Kenneth Anger.This new edition returns to the original title of The Garbage People and features the striking cover of the expanded and updated Amok Books 1996 edition along with 36 pages of rare photographs."John Gilmore is one of America's natural-born gifts to literature." - Gary Indiana"[John Gilmore's style is] somewhere between Jack Kerouac and Charles Bukowski" - Sight and Sound"John Gilmore is one of the best nonfiction writers of our time, the type of writer that grabs the reader alternately by the throat and by the heart . . . He is without peer when it comes to documenting true-life tales . . . this is powerful writing that will stay with you for a long time as all of Gilmore’s books will." - Maximum Rock’n’Roll

Log in to get emails when John Gilmore has something new.