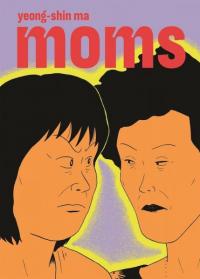 An outrageously funny book about middle-aged women that reexamines romance, lust, and gender norms. Lee Soyeon, Myeong-ok, and Yeonjeong are all mothers in their mid-fifties. And they’ve had it. They can no longer bear the dead weight of their partners or the endless grind of menial jobs where their bosses control everything, down to how much water they can drink. Although Lee Soyeon divorced her husband years ago after his gambling drove their family into bankruptcy, she finds herself in another tired and dishonest decade-long relationship with Jongseok, a slimy waiter at a nightclub. Meanwhile, Myeong-ok is having an illicit affair with a younger man, and Yeonjeong, whose husband suffers from erectile dysfunction, has her eye on an acquaintance from the gym. Bored with conventional romantic dalliances, these women embrace outrageous sexual adventures and mishaps, ending up in nightclubs, motels, and even the occasional back-alley brawl. With this boisterous and darkly funny manhwa, Yeong-shin Ma defies the norms of the traditional Korean family narrative, offering instead the refreshingly honest and unfiltered story of a group of middle-aged moms who yearn for something more than what the mediocre men in their lives can provide. Despite their less-than-desirable jobs, salaries, husbands, and boyfriends, these women brazenly bulldoze their way through life with the sexual vulnerability and lust typically attributed to twenty-somethings.

Log in to get emails when Yeong-shin Ma has something new.

Loneliness of the Long-Distance Cartoonist