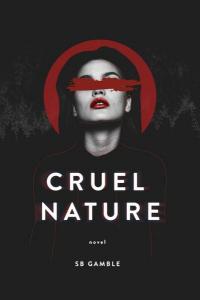 The party’s over…but the danger isn’t.

Marcie is a Chicago party girl, wasting her life in a world far away from her rural hometown of Bangor, Michigan. But she’s tired of the dangerous nights and the emptiness in her soul. She wants to return to Michigan to be close to her mother Tammy and her brilliant younger sister Dakota.

But things aren’t so simple.

Because Bangor isn’t the idyllic place she remembers. The heroin epidemic has shattered the community, and everyone is affected. When she reunites with her high-school sweetheart Carl, Marcie thinks she’s finally found peace. But Fred, Tammy’s boyfriend, is a junkyard dog of a man, whose secrets and hold on her family could threaten everything.

Marcie must protect her family, but the walls of this once-shining community are closing in around her. The further Marcie digs in her heels, the more danger she invites. But if she fails… her hometown won’t be the only thing that will disappear.

Log in to get emails when SB Gamble has something new.