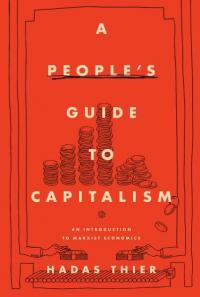 People's Guide to Capitalism: An Introduction to Marxist Economics

A lively, accessible, and timely guide to Capitalism for those who want to understand and dismantle the world of the 1%. Economists regularly promote Capitalism as the greatest system ever to grace the planet. With the same breath, they implore us to leave the job of understanding the magical powers of the market to the “experts" Despite the efforts of these mainstream commentators to convince us otherwise, many of us have begun to question why this system has produced such vast inequality and wanton disregard for its own environmental destruction. This book offers answers to exactly these questions on their own terms: in the form of a radical economic theory.

Log in to get emails when Hadas Thier has something new.