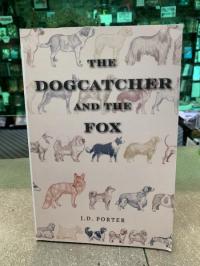 Dogcatcher and the Fox

Dogs are disappearing from the streets of 1920 Chicago and Raven Griffith with the Animal Welfare Association is on the case. She is a courageous woman who has reined-in a team of runaway horses, faced down a racist mob, and been kidnapped and shot. But when she assumes the seemingly trivial task of investigating those missing dogs, her adventure really begins.As a lodger in the lavish home of eccentric widow Katherine Ruebottom, Raven gains a circle of fierce female friends, including Jo Washington, a young woman with a murky past, and Min Lee, the child of a conscripted railroad laborer from China, who is also hiding more than she tells. To solve the mystery of the missing dogs, Raven and her posse team up with a handsome policeman and a gangster known as the Fox. But against the backdrop of murder, corruption, and racial violence, Raven’s cause seems futile. How can this young woman prevail against corrupt cops, an Irish street gang, and a sinister drug company in her pursuit of justice for the animals?