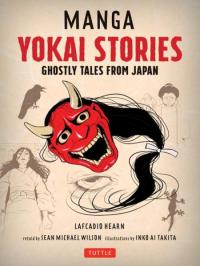 Stories include: Nuke-kubi: A masterless samurai is trapped in a house haunted by headless goblins

The Screen Maiden: A young man develops an obsession with a woman in a painting that almost kills him

Corpse Rider: A woman's unburied corpse cannot rest until she has taken her revenge on the man who divorced her

A Dead Secret: A young mother terrifies her family when she returns as a ghost, unable to find peace until she puts to rest a shocking secret she has left behind