Home / Store / Books / Far Out Man: Tales of Life in the Counterculture 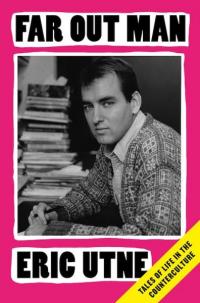 Far Out Man: Tales of Life in the Counterculture

The founder of the Utne Reader chronicles his adventures on the frontlines of American history, from the Vietnam era to the age of Trump, as a spiritual seeker, anti-war activist, and minor media celebrity.

Far Out Man is the story of a man who has been a seeker his entire life, and occasionally, a finder as well. In 1984, Eric Utne launched the Utne Reader. He had hope, he wanted to believe that the Love Revolution of the Sixties was alive and well and impervious to cooptation, and he devoted the magazine to bringing people together to help make the world a “little greener and a little kinder.”

This book serves as a chronicle of both an individual life and a generation, covering the madness of the Vietnam era, the hopes and excesses of the sexual revolution and the Me Decade, the idealism and depredations of the entrepreneurial Eighties and Nineties, and the promise and perils of the digital age. Ultimately, Far Out Man is the story of Eric Utne’s lifelong search for hope, how he lost it, and what he found on the other side that keeps him going and sustains him in his darkest moments. This book is dedicated to helping each and every seeker become a finder.

Log in to get emails when Eric Utne has something new.