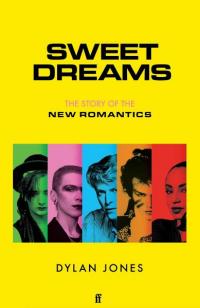 Sweet Dreams: The Story of the New Romantics

The definitive oral history of the New Romantics. Sweet Dreams charts the British cultural explosion that happened in the ten years from 1975-1985, the rise of the New Romantics. Growing out of the remnants of the post-punk period, the New Romantics introduced club culture, ska, electronica, and goth to the world. One of the most creative entrepreneurial periods since the Sixties, the era had a huge influence on the growth of broadcast media. Not only did it visually define the decade, it was the catalyst for the Second British Invasion, when the US charts would be colonized by British pop music, making it one of the most powerful cultural exports since the Beatles. For fans of Jon Savage's 1966 and Lizzie Goodman's Meet Me in the Bathroom, SWEET DREAMS is the fascinating story of how The New Romantic movement was born in the British clubs of the late 1970s and flourished on the radio and television airwaves of the early 1980s. Sweet Dreams were made of this.

Log in to get emails when Dylan Jones has something new.