Quimby’s welcomes Gabrielle Bell, Lucy Knisley, Emil Ferris and C. Spike Trotman as read their recent work as a kick-off for the Chicago Alternative Comics Expo (CAKE). This event is at Quimby’s on June 9th at 7pm, but the tabling exhibition happens June 10th & 11th at the Center on Halsted.

CAKE is a weekend-long celebration of independent comics, inspired by Chicago’s rich legacy as home to many of underground and alter- native comics’ most talented artists– past, present and future. Featuring comics for sale, workshops, exhibitions, panel discussions and more, CAKE is dedicated to fostering community and dialogue amongst independent artists, small presses, publishers and readers.

Gabrielle Bell was born in London, England and raised in California. She is the author of six books, including The Voyeurs, Truth is Fragmentary and most recently, Everything is Flammable. She lives in Brooklyn, New York.

Emil Ferris is the author of My Favorite Thing Is Monsters – Part 1 (Fantagraphics). She is also a painter, writer, illustrator and sculptor for the toy industry.

Lucy Knisley is an award-winning comic artist and author who specializes in personal, confessional comics that deal with memory, travel, family and traditions. Her latest graphic novel, Something New; Tales from a Makeshift Bride, deals with her struggle to modernize and equalize her wedding, and the meaning behind many matrimonial traditions.

Spike was born in DC, grew up in MD, and lives in IL, with a dog and a man. She’s the founder of Iron Circus Comics, responsible for strange and amazing books such Poorcraft, the Smut Peddler series and more.

Invite your friends with the Facebook Event Invite for this event here!

Quimby’s is proud to co-sponsor the Chicago Alternative Comics Expo (CAKE) is a weekend-long celebration of independent comics, inspired by Chicago’s rich legacy as home to many of underground and alternative comics’ most talented artists–past, present, and future. Featuring comics for sale, workshops, exhibitions, panel discussions, and more, CAKE is dedicated to fostering community and dialogue among independent artists, small presses, publishers, and readers. The sixth annual CAKE will take place Saturday, June 10, and Sunday, June 11, 2017, at Center on Halsted, 3656 North Halsted Avenue in Chicago.

The event is free to attend. Please visit cakechicago.com for more information. For any questions about CAKE, please email cakexpo@gmail.com.

Banner by Chicago’s own Anya Davidson.

Info about the CAKE kick off event at Quimby’s on Fri the 9th here!

There are all sorts of awesome CAKE-related things happening that weekend in other places that weekend too! Here are just a few:

Ok, so a lot of things happened in 1991: with George H. W. Bush still in office, the Gulf War came to an end, the indie comics scene was still recovering from the so-called “black and white implosion,” Superman had about a year left to live, and Nirvana released Nevermind. Meanwhile, in Chicago, Steven Svymbersky opened a little shop on Damen Avenue that, he said, would “carry every cool—bizarre—strange—dope—queer—surreal—weird publication ever written and published,” a place where you could discover, he added, “something you never even knew could exist.” A quarter of a century later, Quimby’s, stuffed with comics and zines and poetry and novels and magazines and newspapers and other paper things that don’t even have a name yet, remains one of the premier bookshops in North America. Jake Austen, editor and publisher of the legendary Chicago music and comics zine Roctober, will moderate a conversation with zinemaker Liz Mason and cartoonists Gabby Schulz (a.k.a. Ken Dahl) and CAKE Special Guest Laura Park (Do Not Disturb My Waking Dream) about the history of Quimby’s and its legacy of strangeness and delight. Who’s bringing the cake? This panel is sponsored by The Center for Cartoon Studies.

This year’s banner by Chicago’s own Krystal DiFronzo. 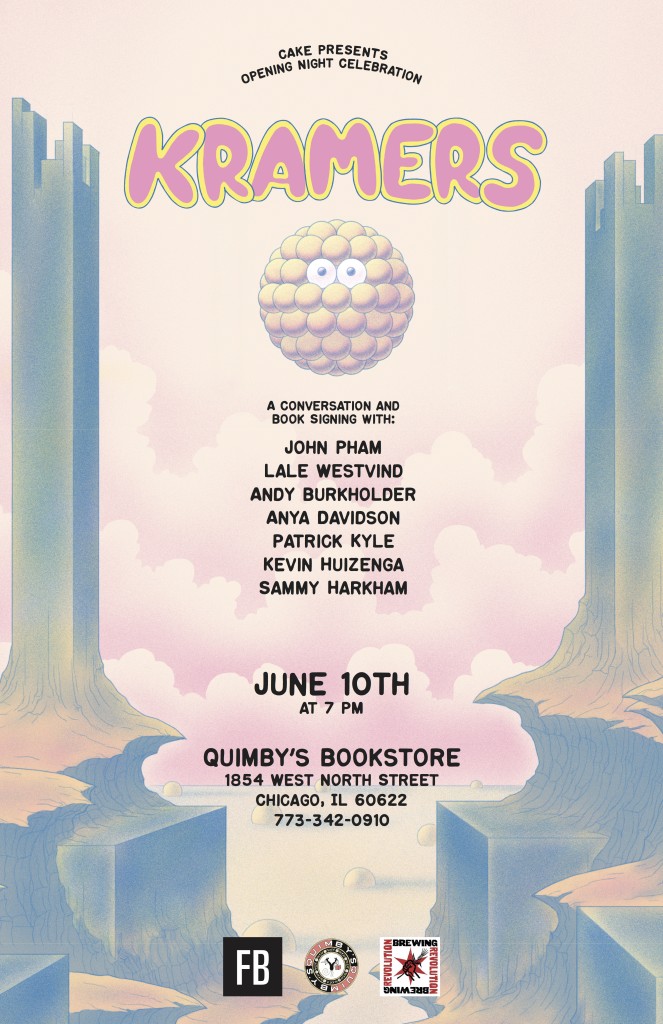 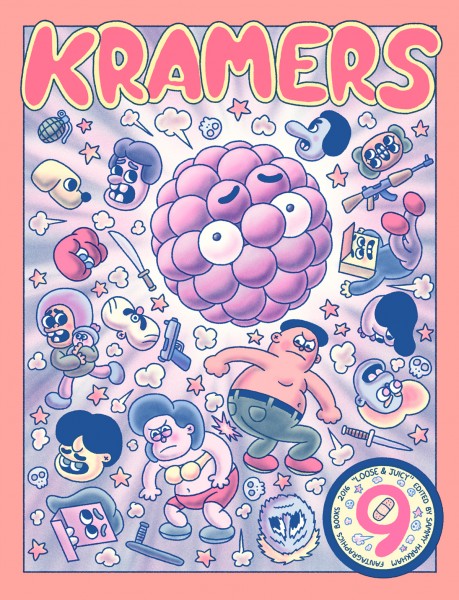 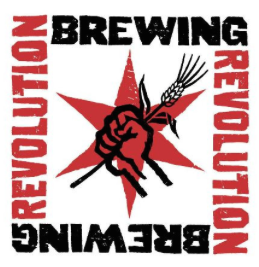