Home / Store / Books / Why We Fight: Essays on Fascism, Resistance, and Surviving the Apocalypse 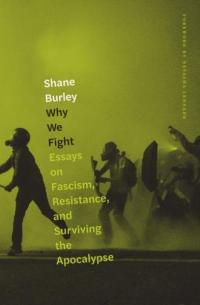 Why We Fight: Essays on Fascism, Resistance, and Surviving the Apocalypse

Why We Fight is a collection of essays written in the midst of the largest resurgence of the far-right in fifty years, and the explosion of antifascist, antiracist, and revolutionary organizing that has risen to fight it. The essays unpack the moment we live in, confronting the apocalyptic feelings brought on by nationalism, climate collapse, and the crisis of capitalism, but also delivering the clear message that a new world is possible through the struggles communities are leveraging today. Burley reminds us what we're fighting for not simply what we're fighting against.

Log in to get emails when Shane Burley has something new.