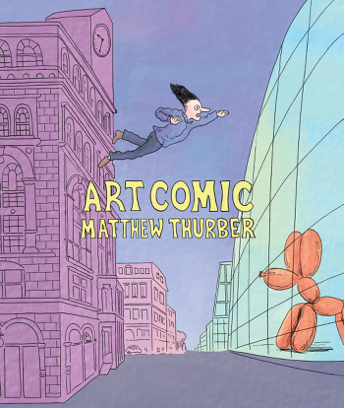 In his new book Art Comic (Drawn & Quarterly), Matthew Thurber skewers the hot mess that is the art world. From sycophantic fans to duplicitous gallerists, fatuous patrons to self-aggrandizing art stars, he lampoons each and every facet of the eminently ridiculous industry of truth and beauty. Follow Cupcake, the Matthew Barney obsessive, Epiphany née Tiffany Clydesdale, the divinely-inspired performance artist, Ivanhoe, a modern Knight is search of artistic vengeance, and his Squire, Turnbuckle. Each artist is more ridiculous than the last, yet they are tested and transformed by the even more absurd machinations of Thurber’s fantastical art world.

“If there is such planet as the Art World, then Matthew Thurber is an intergalactic ranger and Art Comic is the trippy travelogue… Take me there!”—Jim Drain

Matthew Thurber is the author of 1-800-Mice and Infomaniacs. As Ambergris and in other ensembles he has performed at the Serpentine Gallery in London, the Hammer Museum, the Fumetto Festival, Abrons Art Center, and in an eyeglass store. He co-founded Tomato House, an art gallery in operation from 2012-2015, with Rebecca Bird. 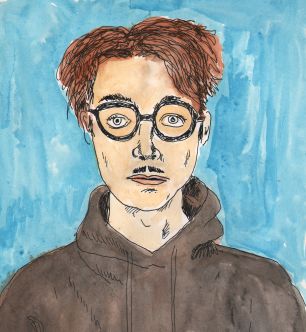 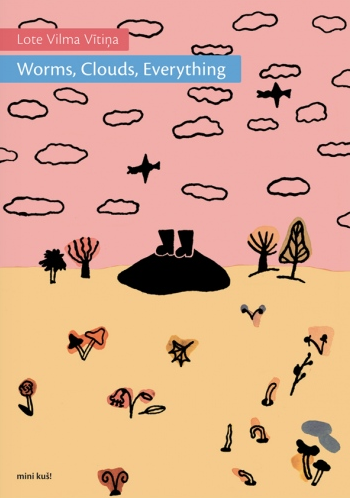 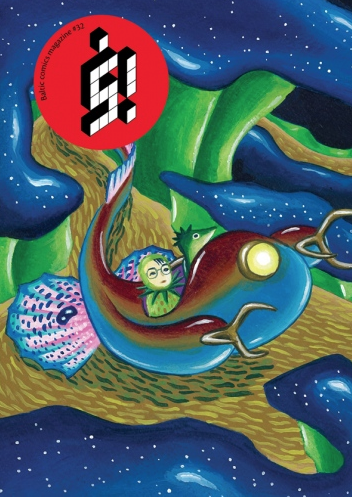 Never Out Hustled by Anja Morell $4

That Was the Answer: Interviews With Ray Johnson by Julie J. Thomson (Soberscove Press) $20

Herstory: 50 Women and Girls Who Shook Up the World by Katherine Halligan $19.99

The Failure of Nonviolence by Peter Gelderloos (Left Bank Books) $16

Rock’n’Roll Decontrol: A Punk Pic and Flyer Collection by David A. Ensminger $10 – Flyers and photos spanning as far back as the 80s of bands like SNFU, Bad Religion, Against Me!, MDC, Agent Orange, 7 Seconds, Snapcase, the Freeze, TSOL, Suicidal Tendencies, Off! and dozens more, compiled by the editor of Left of the Dial.

Closer You Are: The Story of Robert Pollard and Guided by Voices by Matthew Cutter $27 – An authorized bio.

Weed All About It: A Guide to Growing, Rolling, Smoking, and Eating Your Green by Danny Mallo $12.95

Looky all these new gifty things. Perhaps you want to start your holiday shopping now?

Brooklyn Joe Lieber: American Tattoo Master by Don Ed Hardy (Hardy Marks) $50 – Brooklyn Joe Lieber (1888-1953) was a mentor for Sailor Jerry Collins. Though born in Brooklyn, Lieber moved to the S.F. Bay area and spent most of his career there. Sharing a powerful near-identical drawing and painting style, he and Collins originated and traded hundreds of designs. This book features Lieber’s brilliant and influential flash and drawings, equal in scope to those of Sailor Jerry.

updated versions of Kelly Dessaint’s Behind the Wheel/Pitdownlad zines $7 each, about being a Lyft/Uber/cab driver

This is My Second Diary Comic by Michaela Washington $5

HOT PICK OF THE WEEK! New york review comics continues their streak of amazing publications. Slum Wolf collects newly translated stories by Tadao Tsuge. His delicate hatching illustrates filth and grit like no other. Show everyone how well-comics-read you are and pick this up today! #graphicnovels #newyorkreviewcomics #newbooks #chicago #independentbookstore #bookstore

RX by Rachel Lindsay $28 – The cartoonist behind Rachel Lives Here Now draws on her experiences with bipolar disorder in a graphic memoir about how mental illness treated as a commodity.

Fruit of Knowledge: The Vulva Vs. the Patriarchy by Liv Strömquist (Fantagraphics) $22.99

Penguins by Nick Thorburn (Fantagraphics) $24.99 – By The Unicorns singer.

H. P. Lovecraft: He Who Wrote in the Darkness by Alex Nikolavitch / Gervasio $25.95 – As in the life story of.

Other People: Days of the Bagnold Summer & Driving Short Distances by Joff Winterhart $25

Tank Girl: The Wonderful World of Tank Girl by Alan Martin $22.99 – From the latest in the series.

Life on Earth 1: Losing the Girl by MariNaomi $11.99 – Claudia Jones is missing. Her classmates are thinking the worst . . . or at least the weirdest.

The End of Policing by Alex S. Vitale $17.95 – The problem is not overpolicing, it is policing itself.

Call Them by Their True Names: American Crises (and Essays) by Rebecca Solnit (Haymarket) $15.95 Among other things, explores the way name-changing shapes the perception of political life, electoral politics, police shootings, gentrification, climate change and more.

A Politically Incorrect Feminist: Creating a Movement With Bitches, Lunatics, Dykes, Prodigies, Warriors, and Wonder Women by Phyllis Chesler $27.99 – A pioneer of Second Wave Feminism describes her relationships with her fellow world-changers as they filed lawsuits on economic discrimination, opened shelters for battered women, and held marches and sit-ins for abortion rights.

The Land of Stone Flowers: A Fairy Guide to the Mythical Human Being by Sveta Dorosheva $29.95 – Fairy tales with a satirical twist.

America 51: A Probe into the Realities That Are Hiding Inside “the Greatest Country in the World” by Corey Taylor $15.99 – The guy from Slipknot and Stone Sour skewers the way America sees itself, and likewise takes a look at how the world views us.

Heads: A Biography of Psychedelic America by Jesse Jarnow $19.99

The Practical Witch’s Spell Book: For Love, Happiness, and Success by Cerridwen Greenleaf $17

Ancient Aliens & JFK: The Race to the Moon and the Kennedy Assassination by Mike Bara (Adventures Unlimited) $19.95

Put that in ur pipe and smoke it! ?? #weed #book #twinkie

99 Ways to Make a Pipe: Problem Solving for Pot Smokers by Brett Stern $10.95

This Is Your Brain on Depression: Creating a Path to Getting Better by Faith G. Harper (Microcosm) $9.95

Unfuck Your Adulting: Give Yourself Permission, Carry Your Own Baggage, Don’t Be a Dick, Make Decisions, & Other Life Skills by Faith G. Harper (Microcosm) $9.95

Smile of a Crocodile by Vice Lesley $12

Hilda and the Hidden People by Stephen Davies (Flying Eye) $13.95