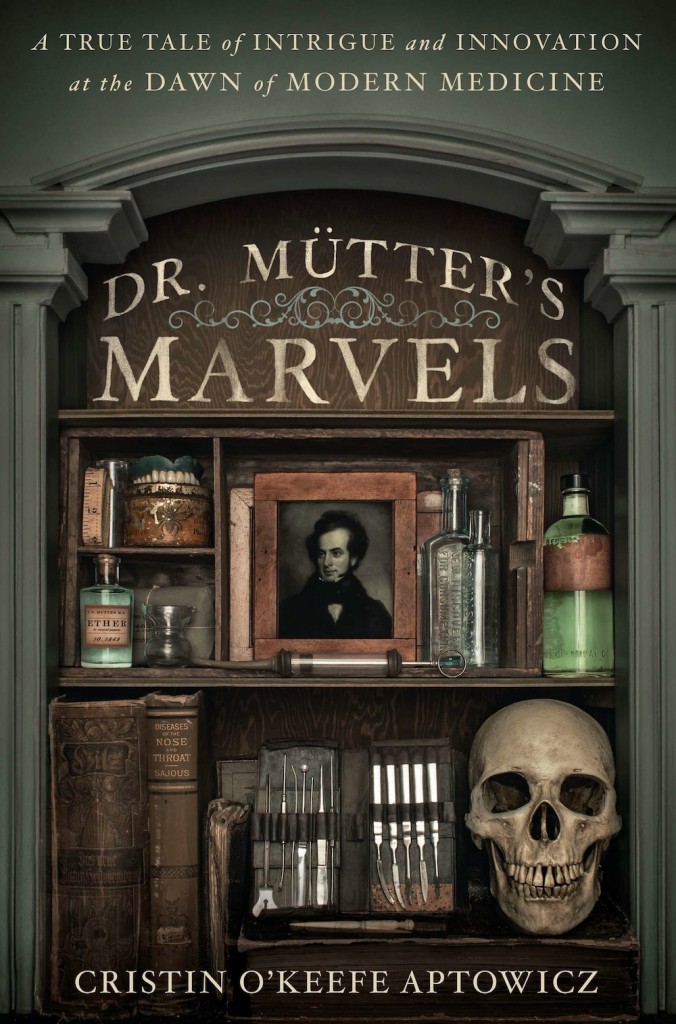 In Cristin O’Keefe Aptowicz’s new book DR. MÜTTER’S MARVELS (Gotham Books), she explores the previously untold told life story of the man with the famous name: a young, handsome and ambitiously brilliant surgeon whose talents in the operating room and lectures halls were unrivaled in his lifetime. The book delves deep into the life of a man who was truly ahead of his time – from Mütter’s early years as an orphan and time spent studying cutting-edge surgery in Paris, to his struggles to establish himself in Philadelphia amidst the outrageous rivalries among his fellow doctors—many of whom publicly mocked Mütter’s philosophies and innovations (including his devotion to pre- and post-operative care, employing anesthesia, and even the sterilization of his tools).

Although he only lived for 47 years, Mütter’s impact within medicine is still felt, and his legacy lives on with his enormously popular namesake museum. And now, with DR. MÜTTER’S MARVELS, his strange,inspiring and untold story can finally be shared.

“In her deftly crafted narrative, the author provides an absorbing

account of the charismatic surgeon’s life and career as well as a vivid look at the medical practices and prejudices of his time. Aptowicz draws nicely on Mütter’s speeches and lectures to reveal the depth of his empathetic philosophies and humanist approach.” –Kirkus Reviews

The work of Cristin O’Keefe Aptowicz has been featured in such places as: Bust Magazine, About.com’s Poetry Channel, and the spoken word anthology Word Warriors. Most recently, she has been awarded a 2011 National Endowment for the Arts Fellowship for Poetry and the 2013 Amy Clampitt Residency.