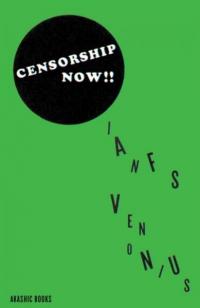 In this outrageous and hilarious essay collection, underground music icon Ian F. Svenonius tackles such diverse subjects as IKEA, Apple, the weather, the gentrification of punk by indie rock, Marion Barry, the film Heathers, Christian pornography, vampires, hoarding, the role of sugar in empire-building, how to properly tip at restaurants, the return of the hat in men’s fashion, and other highly topical matters. No one is left unscathed, and more than a few will be left scratching their heads even as they laugh.

Want to attent the Ian F. Svenonius Psychic Soviet: New Expanded Edition Discussion, in Conversation with Matt Sweeney, ONLINE Event on Thurs, July 23rdat 7pm CST? E-mail info(at)quimbys(dot)com by 5pm CST, and we'll send you a link at 6pm. More info here. We also have limited quantities of signed copies of The Psychic Soviet, which you can order here.

Log in to get emails when Ian F. Svenonius has something new.