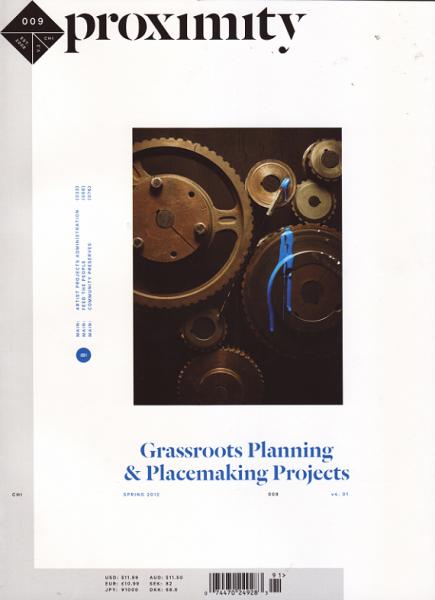 1. The Chicagoan #1 $19.95 – Joining the literary-minded ranks of n+1, The Paris Review, The Believer and Lapham’s Quarterly, and doing it with Midwestern flair, The Chicagoan ressurects a long defunct jazz-age magazine and focuses in on non-profit production, local distribution and general excellence in writing and design. The debut issue is a stunner, a cohesive and relevant blend of fiction, history, innovation, interviews and a 50-page oral history of Siskel and Ebert. -EF

4. Lucky Peach #3 Cooks and Chefs Issue (McSweeney’s) $12.00 – Dave Chang of the Momofuku restaurant empire alternates between griping about everything being done already and the kids having no motivation these days in this new issue which I thought was themed “The Death of Integrity” but instead seems to be about, uh, “Cooks and Chefs”. I’m still up in the air about how self-referential this magazine is – it’s sort of like a chef perzine with a big magazine budget, which sometimes makes it’s cavalier attitude feel like chef crony-ism and empty trash talk. All the same, I’m interested in eating and the Matt Furie centerfold is sooper cute. Food is dead, long live food. -EF

5. Cave Girl by Ireal $1.00 Unfoldable stories of Cave Girl living, a lot about mushroom hunting, musings on bears and beasts, spiders too. -EF

8. My Friend Dahmer by Derf Backderf (Abrams ComicArts) $17.95 – Backderf puts together a memoir of high school in the washed out suburban seventies when he was classmates and comrades with grisly serial killer Jeffrey Dahmer. My Friend Dahmer is a compelling read in the way it maps the social environment and reflects on Dahmer’s self-awareness. Backderf focuses in with a too-close-for-comfort look at Dahmer’s disturbed adolescence and also his humanity, and this is the most shocking and intriguing part of this book, the separation -for a minute- of the man from the monster. It doesn’t attempt to tackle the truly gruesome part of Dahmer’s biography, the part we all know, and so the portrait the book produces is both intimate and casual – a bit like Gus VanSant’s Elephant, a character study where we are looking at some trecherous moral precipices, and trying to understand what makes someone leap from them. -EF