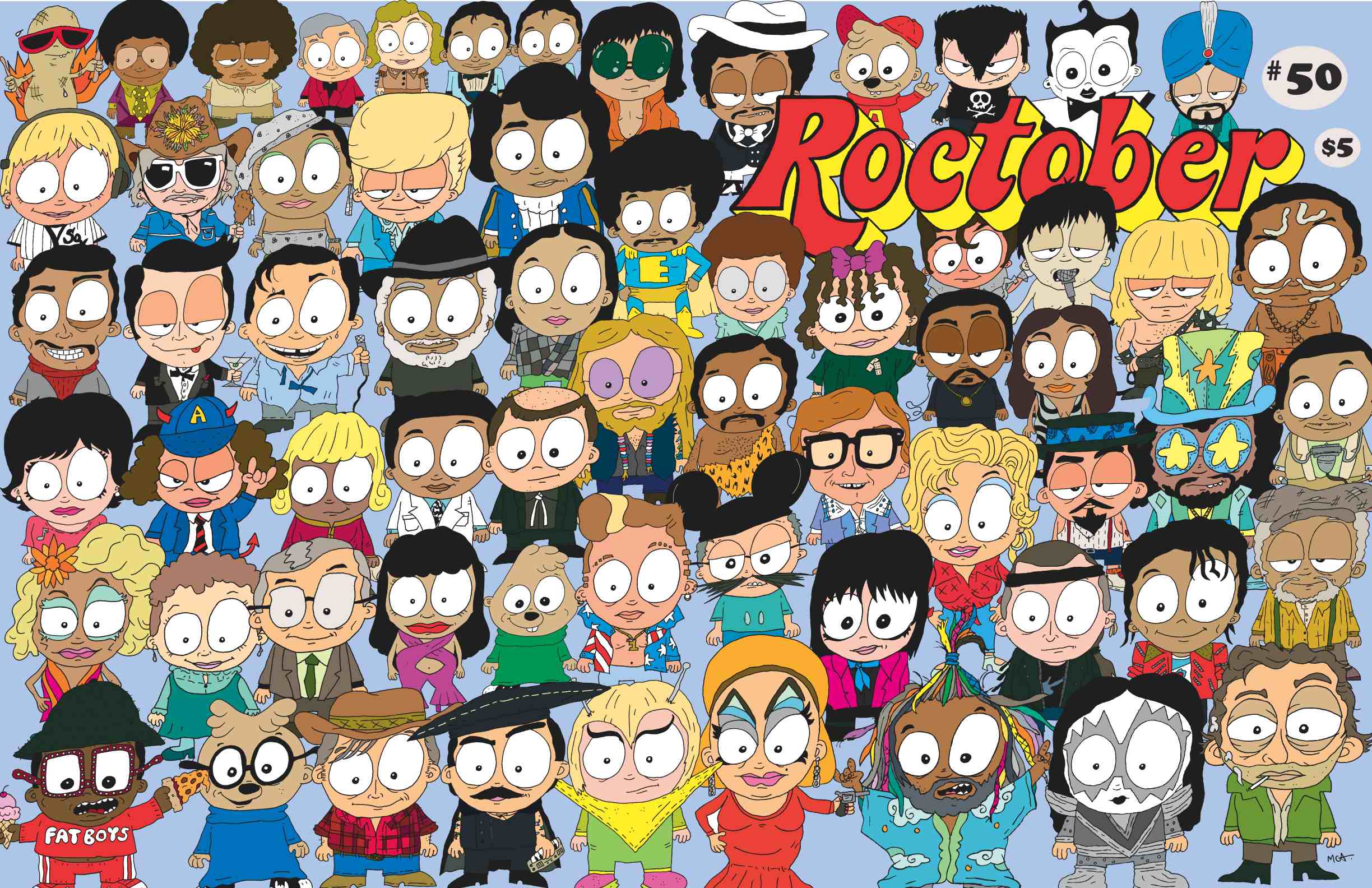 On March 30th, Roctober celebrates its 20th anniversary with a shindig at its favorite store, Quimby’s. Copies of the epic Roctober #50 will be available, as well as two recent books by Roctober contributors, Flying Saucers Rock n Roll: The Best of Roctober (Duke University Press) and Aaron Cohen’s Aretha Franklin’s Amazing Grace (Continuum), his entry into the popular 33 1/3 series of books on iconic records.

The event will include brief readings from both books, a Q&A about the history of Roctober, and Aretha/Roctober karaoke (including Chic-A-Go-Go host Ratso doing his tribute to Michael Jackson). Books will be available for purchase and signing by Cohen and Roctober editor Jake Austen, and Roctober#50 will be unveiled.