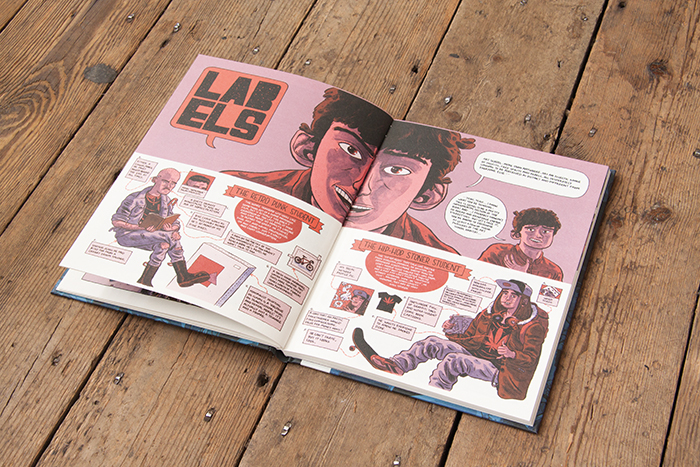 Art Schooled by Jamie Coe (Nobrow) $22.95 – Daniel Stope is a small-town guy who dreams of becoming an artist. His enrollment at art school and consequent move to the city opens up a world of exciting possibiles. Unsurprisingly, Daniel struggles with his newfound independence – the difficulties of dating and making new friends in the big smoke. Jamie Coe delivers his first full length graphic novel; an observational narrative on his own experience at art school. Coe critiques the extremes of his environment whilst  painting a funny and a colourful portrait of a pivotal time in a young artists’ life. Art Schooled is an incisive and warm graphic novel that  is resolutely contemporary.

Essays
Men Explain Things To Me by Rebecca Solnit (Haymarket) $15.95 – For only a few bucks more than the previous soft cover, you get this nice hardcover updated edition with two new essays. 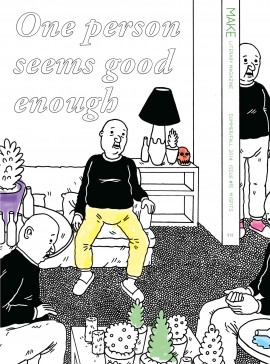 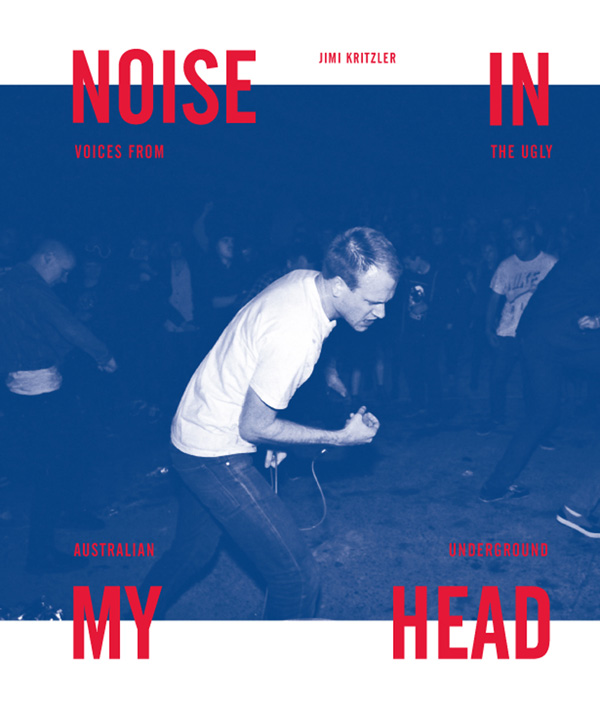 Noise in My Head: Voices from the Ugly Australian Underground by Jimi Kritzler (Hozac Books) $55.95 – The Ugly Australian Underground documents the music, songwriting, aesthetics and struggles of fifty of Australia’s most innovative and significant bands and artists currently at the creative peak of their careers. The book is complimented by previously unpublished photographs of all bands interviewed. The Australian underground scene in the last five years has been heralded not only in Australia but also in Europe, and particularly in America. Known as the ‘Australian Invasion,’ many of the bands interviewed in this book have received a great deal of hype and press in America, with many of the bands signing to American record labels. Bands featured in the book, such as The Drones, Eddy Current Suppression Ring, Royal Headache, Uv Race, Circle Pit, HTRK, Lost Animal, Oren Ambarchi, Total Control, Witch Hats, Deaf Wish, Blank Realm, New War, Holy Balm, Fabulous Diamonds, The Garbage and The Flowers, Straight Arrows, xNoBBQx, Naked on the Vague, Kitchen’s Floor and My Disco are all on American record labels, and have toured America at least once. Eddy Current Suppression Ring even lent their song ‘Memory Lane’ to an American telecommunications company advertisement, which was played repeatedly during the Super Bowl. While that may indicate the influence of the band in America at the more mainstream end of the spectrum, at the other end, Eddy Current Suppression Ring are a culturally significant and revered underground band, who play to thousands of people at any given show.

Art Books
The Who, the What, and the When: 65 Artists Illustrate the Secret Sidekicks of History by Jenny Volvovski and Julia Rothman $24.95
Flash Temporary Tattoos by James Jean $14.95

Music & Film Books
So This is Permanence: Lyrics and Notebooks by Ian & Deborah Curtis and Jon Savage $40
Special Deluxe a Memoir Of Life and Cars by Neil Young $32.00
Season Of the Witch: How the Occult Saved Rock and Roll by Peter Bebergal $27.95
Orange Is the New Black Presents: The Cookbook $24.95

Kids Stuff
Charley Harper books!: Whats In The Woods/Whats in the Coral Reef 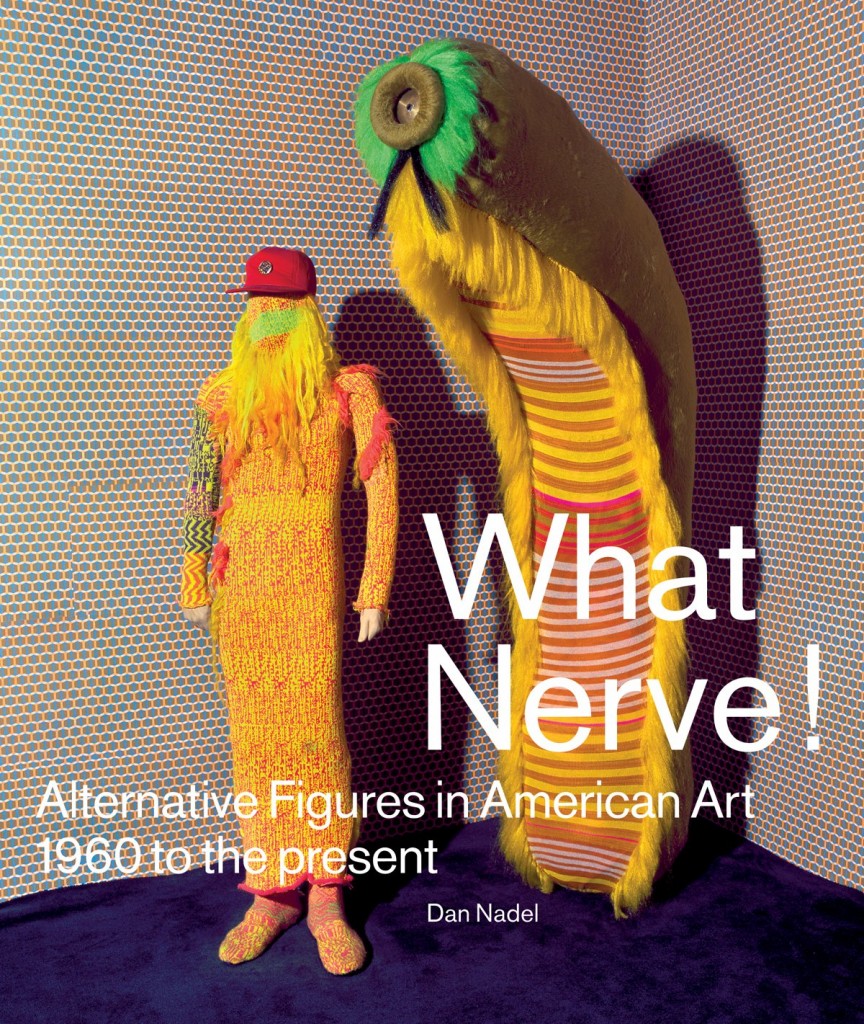 What Nerve!: Alternative Figures in American Art, 1960 to the Present by Dan Nadel, Dominic Molon, Roger Brown and Robert Cozzolino (RISD Museum of Art/D.A.P) $40.00 – What Nerve! reveals a hidden history of American figurative painting, sculpture and popular imagery. It documents and/or restages four installations, spaces or happenings, in Chicago, San Francisco, Detroit and Providence, which were crucial to the development of figurative art in the United States. Several of the better-known artists in What Nerve! have been the subject of significant exhibitions or publications, but this is the first major volume to focus on the broader impact of figurative art to connect artists and collectives from different generations and regions of the country. These are: from Chicago, the Hairy Who (James Falconer, Art Green, Gladys Nilsson, Jim Nutt, Suellen Rocca, Karl Wirsum); from California, Funk artists (Jeremy Anderson, Robert Arneson, Roy De Forest, Robert Hudson, Ken Price, Peter Saul, Peter Voulkos, William T. Wiley); from Detroit, Destroy All Monsters (Mike Kelley, Cary Loren, Niagara, Jim Shaw); and from Providence, Forcefield (Mat Brinkman, Jim Drain, Leif Goldberg, Ara Peterson). Created in collaboration with artists from these groups, the historical moments at the core of What Nerve! are linked by work from six artists who profoundly influenced or were influenced by the groups: William Copley, Jack Kirby, Elizabeth Murray, Gary Panter, Christina Ramberg and H.C. Westermann. 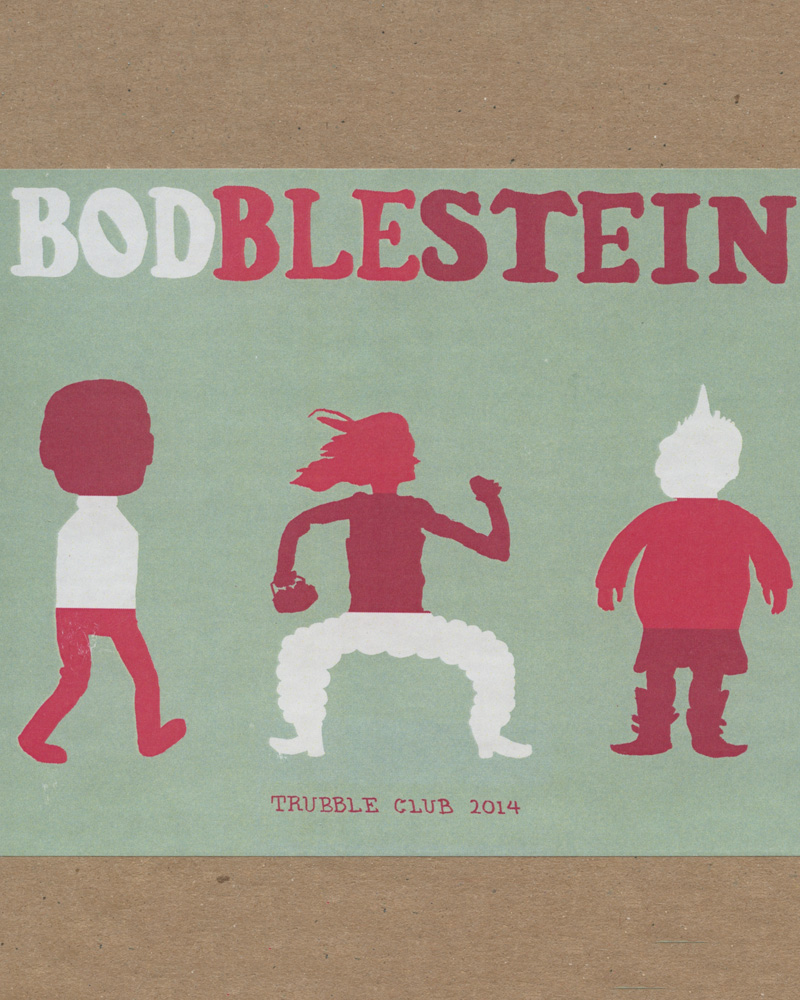 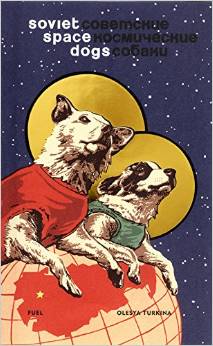 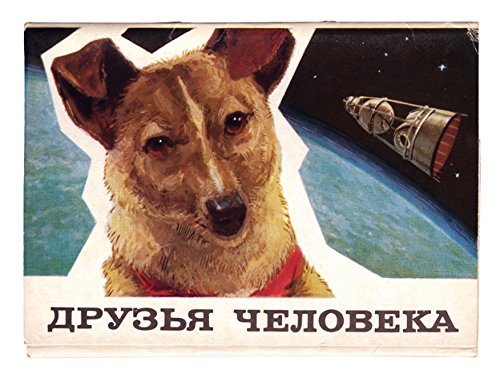 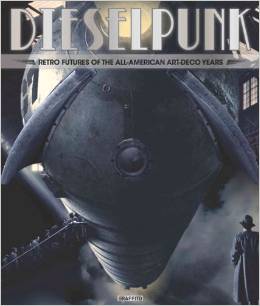 Coloring Book Of Unfortunate Situations for Adults by Claire Siepser $14.00
Pen and Ink: Tattoos and the Stories Behind Them by Isaac Fitzgerald and Wendy MacNaughton $22.00
Tattoo by Pascal Bagot, Joe Cummings, Anna Felicity Friedman and Sébastien Galliot (Musée du Quai Branly/Actes Sud) $60.00 – Tattoos from ancient times to the present exploring such Native North American tattoos; American tattooing from the Revolution through the 1980s; Russian criminal tattooing; European sideshow culture; Japan’s tattoo boom during the Edo period; tattooing in the Marquesas Islands, Indonesia, the Philippines and Thailand; and newly emerging tattoo cultures around the world.

Mayhem
Inheritors Powder: A Tale of Arsenic Murder and the New Forensic Science by Sandra Hempel $15.95
The Penguin Book of Witches, compiled and edited by Katherine Howe $17.00 – Chilling real-life accounts of witches, from medieval Europe through colonial America.
The Command to Look: A Master Photographer’s Method for Controlling the Human Gaze by William Mortensen, George Dunham, Michael Moynihan and Larry Lytle (Feral House) $20.00 – The Command to Look was one of William Mortensen’s most influential and sought-after books, and has been out of print for fifty years. Reproduced here in full, this book includes an essay by Michael Moynihan on how its images influenced the occult “lesser magic” of the founder of the Church of Satan, Anton Szandor LaVey. The book reproduces fifty-five images of Mortensen’s best work and text by the wittiest and most biting writers on photography of their time.
Mrs. Wakeman vs. the Antichrist: And Other Strange-but-True Tales from American History by Robert Damon Schneck $16.95 – The wild and weird side to America’s past: strange creatures, bizarre happenings, fantastical figures, the man who preached good health through blood-drinking, homemade guillotines, magical ape-men on Mt. St. Helens, the origin of evil clowns driving vans and more.

Music & Film Books
Starting at Zero His Own Story by Jimi Hendrix $17.00
Turn Around Bright Eyes: A Karaoke Jounrey of Starting Over Falling In Love  and Finding Your Voice by Rob Sheffield $15.99 – Now in soft cover.
Edgewise: A Picture of Cookie Mueller by Chloé Griffin (Bbooks Verlag) $24.95 – Don’t miss author Chloé Griffin talking about this book here at Quimby’s 10/28, featuring a reading, multimedia presentation and conversation between the author and writer Britt Julious. Cookie Mueller was a firecracker, a cult figure, a wild child, a writer, a go-go dancer, a mother and a queer icon. She was an actress in John Waters films, then an art critic, writer of hilarious stories and a maven of New York’s downtown art world. This oral history includes interviews with the people who knew her, including John Waters, Mink Stole, Gary Indiana, Sharon Niesp, Max Mueller, Linda Yablonsky, Richard Hell, Amos Poe and Raymond Foye. The contributors take us from the late-1960s artist communes of Baltimore to 1970s Provincetown and New York, through 1980s Berlin and Positano. There’s artwork, photos and more. 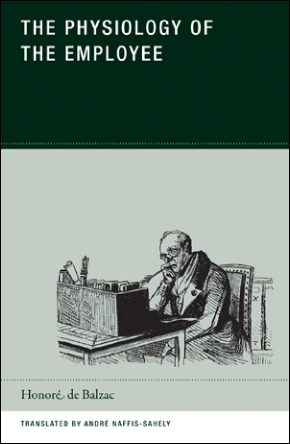 Honoré de Balzac’s The Physiology of the Employee (Wakefield Press), With caricatures by  Louis Joseph Trimolet. $13.95 – Before there was Kafka, there was this text from 1841. It’s a field guide to the cogs and wheels of bureaucracy, with the various classifications of the office employee, from the Intern to the Clerk (all ten species, from Dapper to Bootlicker to Drudger) to Office Manager, Department Head, Office Boy and Pensioner. Sounds a little too familiar, doesn’t it? Might we suggest this as the perfect graduation gift for the fresh-faced and ambitious college graduate, about to enter the work force, to prepare them for the inevitable stifling disillusion with the world due to oppressive paperwork and soul killing office politics? 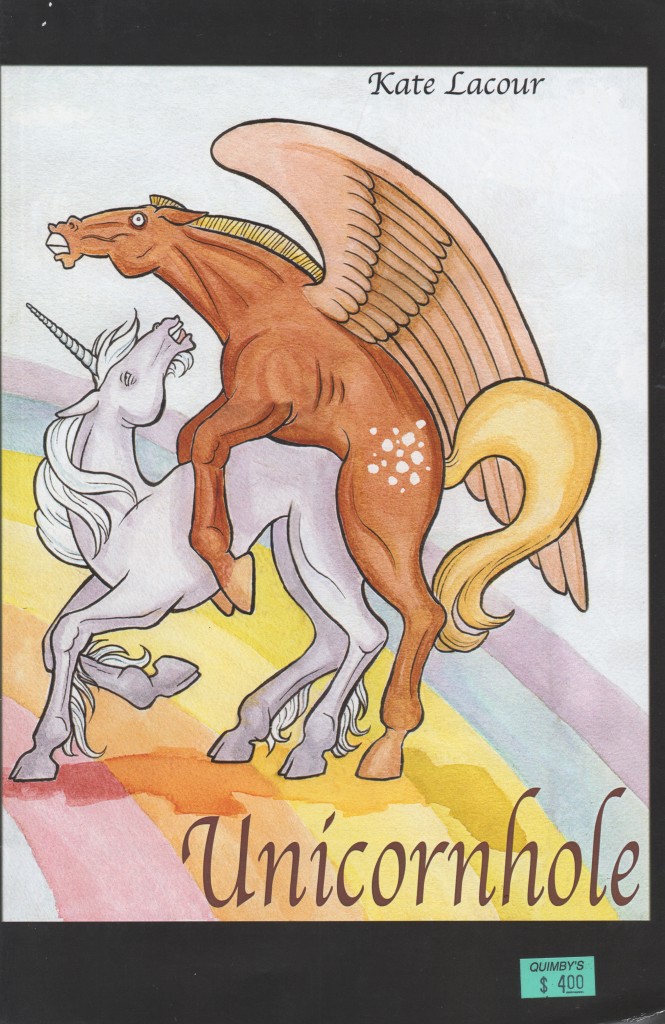 Unicornhole by Kate Lacour $4.00 – Yes, it’s exactly what you think. That is, if you think of unicorn horns are sexy. 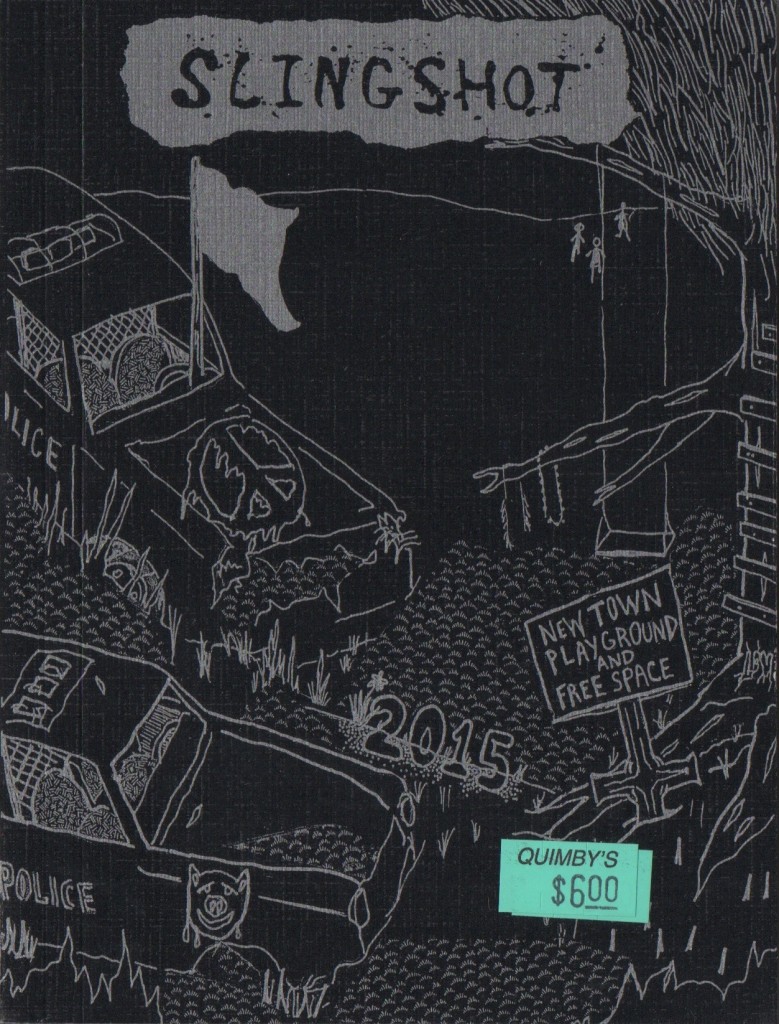 SLINGSHOTS ARE HERE! 2015 Organizers from the Slingshot Collective in Berkeley, CA are here. Variety of colors, radical history notes for every day, infoshop/radical contact list, suggested radical reading lists, address book/phone number section for all your anarchist friends and even some blank pages for notes.  Pocket size is $6.00, and the large is $12.00.

Outer Limits
The Book of Immortality: The Science Belief and Magic Behind Living Forever by Adam Leith Gollner $16.00
Marijuana For Everybody: The Definitive Guide to Getting High Feeling Good and Having Fun by Elise McDonough $16.95
The Steampunk Users Manual: An Illustrated Practical and WHimsical Guide to Creating Retro-Futurist Dreams by Jeff VanderMeer $24.95
The Art of Gothic: Music, Fashion, Art, Culture by Natasha Scharf $35.00

Humor
Daily Dishonesty: The Beautiful Little Lies We Tell Ourselves Every Day by Lauren Hom $12.95

Film
Werner Herzog: A Guide For the Perplexed, Conversations with Paul Cronin $40.00

Sex & Sexy
Wings of Angels vol 2 A Tribute to the Art of WWII Pinup and Aviation by Malak (Schiffer) $39.99

Wanna get our non-spammy e-mail in your mail box every month? Sign up at quimbys.com. Click on the image below to view October e-mail in full, and also, there’s a subscribe link there too. 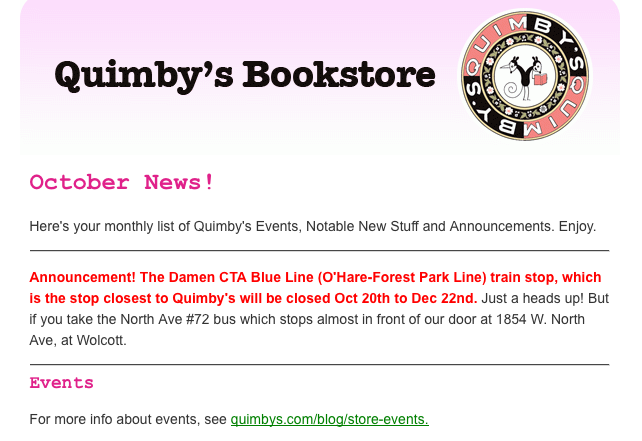