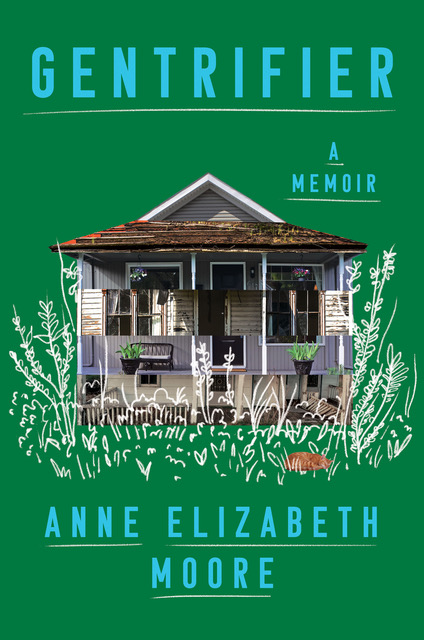 Anne Elizabeth Moore’s new book Gentrifier: A Memoir (Catapult Books) is ostensibly about a free house the author was awarded in Detroit in 2016. But after she moves in, pets some cats, and gets to know her delightful neighbors, the murky history of her supposedly free house—more costly than expected—comes to light, illuminating the contemporary American housing crisis. Moore writes about gender, policy, and the downside of capitalism (all of it), plus she includes many jokes, so her books are pretty good. She has been self-publishing since she was 11 and will talk about using zines in a writing practice, and memoir in a self-publishing practice.

Don’t miss Anne on the Quimby’s Instagram, livestreaming on Fri, Nov 5th at 7:30pm CT at instagram.com/quimbysbookstore where she’ll talk with Quimby’s employees and fellow veteran zinesters Liz Mason and Cynthia E. Hanifin, in what promises to be a lively discussion. Because this is a livestreaming workshop event, viewers are encouraged to come prepared with questions to ask about the differences between perzines (as in personal zines) and memoir, moving from one to the other, and incorporating zines into a writing practice and/or memoir writing into a self-publishing practice. Part workshop, part craft talk, part book discussion, part interactive discussion with the audience, this event promises to be fully unpredictable and most definitely fun.

For a limited time! While supplies last, with the purchase of this book, you will get a signed bookplate by Anne Elizabeth Moore, in celebration of this November 5th event! Get Gentrifier at Quimby’s Bookstore here.

“I don’t know how Anne managed to write the funniest book I’ve read in years and the most honest one about the scramble of American life, but she did.” —Jace Clayton, Uproot: Travels in 21st-Century Music and Digital Culture

Anne Elizabeth Moore was born in Winner, SD, and currently lives in the Catskills with her ineffective feline personal assistant, Captain America. In 2019, her book Sweet Little Cunt won an Eisner Award. Body Horror was nominated for a 2017 Lambda Literary Award and a Chicago Review of Books Award, was listed as a 100 Best Books Of All Time on the Political Economy by BookAuthority and named Best Book by the Chicago Public Library. Threadbare made the 2016 Tits & Sass list “Best Investigative Reporting on Sex Work.” Cambodian Grrrl received a 2012 Lowell Thomas Award for Travel Journalism. Unmarketable was Mother Jones’ Best Book of 2007.

Event Listing on Facebook.
Pre-order for Gentrifier: A Memoir here.
Here’s our IG link for the event. 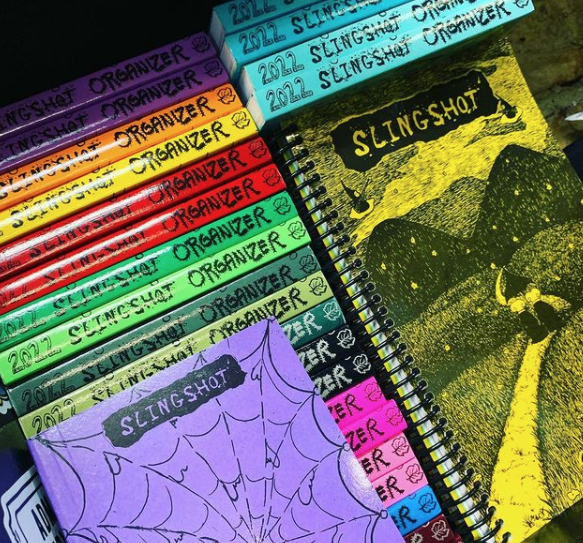 The History of Democracy Has Yet to Be Written: How We All Have to Learn to Govern All Over Again by Thomas Geoghegan (Belt Publishing) $26

Chasing Ghosts: A Tour of Our Fascination With Spirits and the Supernatural by Marc Hartzman $22.99

Strange Tales from Japan: 99 Chilling Stories of Yokai, Ghosts, Demons and the Supernatural by Keisuke Nishimoto $15.99

Late to the Party Sum 21 by Erik Jacobson $3

Pencil Revolution #20 I Brought My Pencil Back to School Issue by Dr. Johnny Gamber II $5

Craft Leftovers vol 5 #1 The Many Deaths of Backyard Chickens by Kristin M. Roach $7

Acid Nun #2 by Corinne Halbert $10 – Plus a restock of her stickers!

2022 Witch’s Diary: Reclaiming the Magick of the Old Ways by Barbara Meiklejohn-Free and Flavia Kate Peters $14.95

Hard To Be A Person by Brett Newski $20

Savage Love A to Z: Advice on Sex and Relationships, Dating and Mating, Exes and Extras by Dan Savage and Joe Newton $19.95

Hurts So Good: The Science and Culture of Pain on Purpose by Leigh Cowart (Public Affairs) $28

Symbols of the Occult: A Directory of Over 500 Signs, Symbols and Icons by Eric Chaline $24.95

If You Can’t Quit Cryin’, You Can’t Come Here No More: A Family’s Legacy of Poverty, Crime and Mental Illness in Rural America by Betty Frizzell (Feral House) $17.95

The King of Confidence: A Tale of Utopian Dreamers, Frontier Schemers, True Believers, False Prophets, and the Murder of an American Monarch by Miles Harvey $18.99

The Every by Dave Eggers (McSweeneys hardcover edition) $28

Wrong End of the Telescope: A Novel by Rabih Alameddine $27

The Book of Form and Emptiness: A Novel by Ruth Ozeki $30

Hells Anglers: A Collection of Fish to Haunt Your Nightmares by Zak Biggard $5

Santos Sisters #1 by Greg and Fake $5

Overtime: Why We Need A Shorter Working Week by Will Stronge and Kyle Lewis $14.95

Just Us: An American Conversation by Claudia Rankine $20

Deep Sniff: A History of Poppers and Queer Futures by Adam Zmith $14.95

How to Read Marx’s Capital: Commentary and Explanations on the Beginning Chapters by Michael Heinrich $28

On Freedom: Four Songs of Care and Constraint by Maggie Nelson $27

Nation of Women by Luisa Capetillo $15

Boys Enter the House: The Victims of John Wayne Gacy and the Lives They Left Behind by David B. Nelson $39.99

Ever Fallen in Love: The Lost Buzzcocks Tapes by Pete Shelley and Louie Shelley $24.99

Babble on an’ ting: Alex Paterson’s Incredible Journey Beyond the Ultraworld with The Orb by Kris Needs with Alex Paterson $24.99

Growing Out of It: Machinations Before Madness by Lee “Kix” Thompson $24.99

Rust in Peace: The Inside Story of the Megadeth Masterpiece by Dave Mustaine $17.99

Margaret and the Mystery of the Missing Body by Megan Milks (Feminist Press) $17.95

I Wished: A Novel by Dennis Cooper $25

The Invention of Sound by Chuck Palahniuk $16.99

Chicago’s Great Fire: The Destruction and Resurrection of an Iconic American City by Carl Smith $19

Blancaflor, the Hero with Secret Powers: A Folktale from Latin America by Nadja Spiegelman and Sergio Garcia Sanchez $9.99 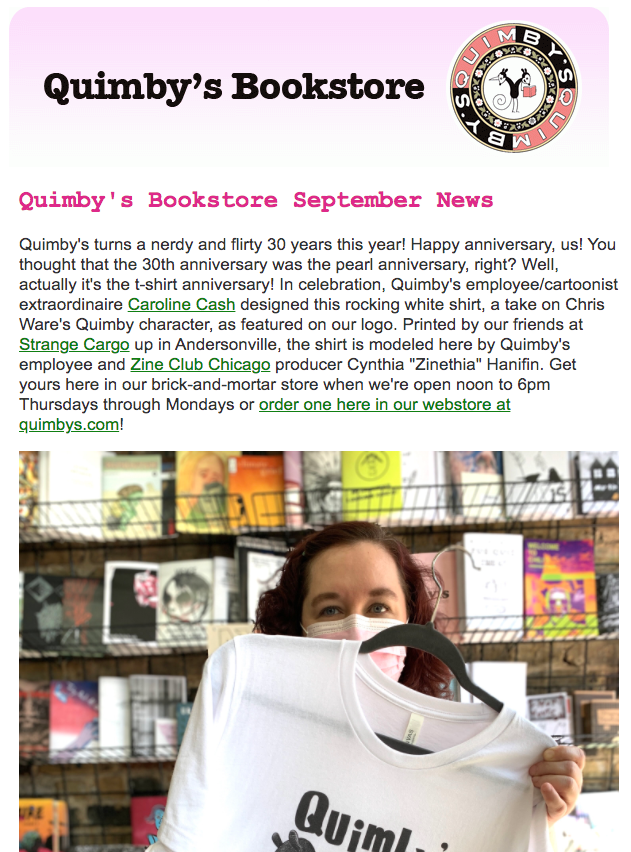 Our monthly announcements and all that jazz. Have you subscribed so you get it in your inbox every month yet? Check it out here.