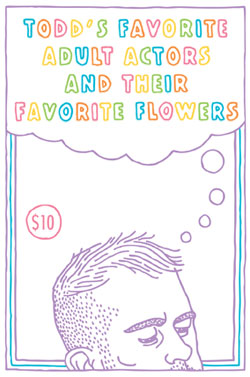 Well this is the last new stuff update before the Holidays. Remember we close at 5PM on the 24th so don’t put off your last minute shopping to long! We still have some gift wrap and tote bags so make sure to get the specials when you come in the store! Happy Holidays!

END_OF_DOCUMENT_TOKEN_TO_BE_REPLACED

Naturally, the shipping Elves at Quimby’s will still do their best to keep your mail orders shipping out as soon as they come in! However, if your order is placed after today (December 17), we cannot promise that your order will arrive before December 25. While the elves ship everything via USPS Priority Mail, there is a small chance orders will arrive in time, but please do not count on it.

Logan B- The Shippng WIZZARDD

Join Lilli Carré as she signs copies of her new graphic novel The Lagoon. She will also sell prints and various little handmade book items. Refreshments will be served!

In The Lagoon, a family is seduced by a mysterious creature’s siren song that can be heard emanating from the lagoon after dark, and how each member reacts to the song in The Lagoon is the crux of the story. For the wise — or pixilated — Grandpa, the song reminds him that, in the time he has left, he must pause to respect, appreciate, and fear nature. The song hints at something that Zoey, the daughter, is too young to fully grasp. And the song lures the sexually frustrated mother, and eventually, her husband, into danger… Carré experimented with nib pens and brushes while drawing this black-and-white graphic novel, giving the art a different feel from her previous, Eisner-and-Harvey-Award-nominated story, Tales of Woodsman Pete. The Lagoon was influenced by the films Creature from the Black Lagoon and Night of the Hunter, but reads more like the gothic, family narratives of Flannery O’Connor or Carson McCullers. Rhythms — Grandpa’s taps, the ticking of a metronome — are punctuated by silences that pace this “sound”-driven story. Older teen and adult readers are invited to imagine the enigmatic creature’s haunting, ever-shifting tune as it reverberates through weedy waters, eventually escaping the lagoon to creep into windows at night.

Lilli Carré was born in 1983 in Los Angeles and currently lives and works in Chicago, making animations, illustrations, and comics. Her animated films have shown in various festivals in the US and abroad, including the 2007 Sundance Film Festival, and her previous book of comics Tales of Woodsman Pete is a collection of her stories surrounding a hermit who’s slowly losing his wits.

Join us for an evening of storytelling! Come see short animations, hear live radio plays, check out zines and books from the Ocean State, lil’ Rhody! Jo Dery will show several short animated films and Walker Mettling will read and perform stories and radio plays from the new audio issue of his zine “The Sparkle.” Get your hands on the recently published book by Jo Dery, titled Quietly Sure – Like the Keeper of a Great Secret (Little Otsu, publisher).

Jo Dery lives and works in Providence, Rhode Island, where she makes drawings, prints and short films. Quietly Sure – Like the Keeper of a Great Secret is her first published book. She self-published little books under the series name Plant Life for Human Lesson, and her drawings have appeared in Paper Rodeo, Lumpen and the SPX Anthology.

Walker Mettling is a Bay Area native who makes zines of collected stories; stories that come to him by postcard, email, and telepathy. He currently lives in Providence, Rhode Island.