Quimby’s in the Printers Row Journal of the Chicago Tribune 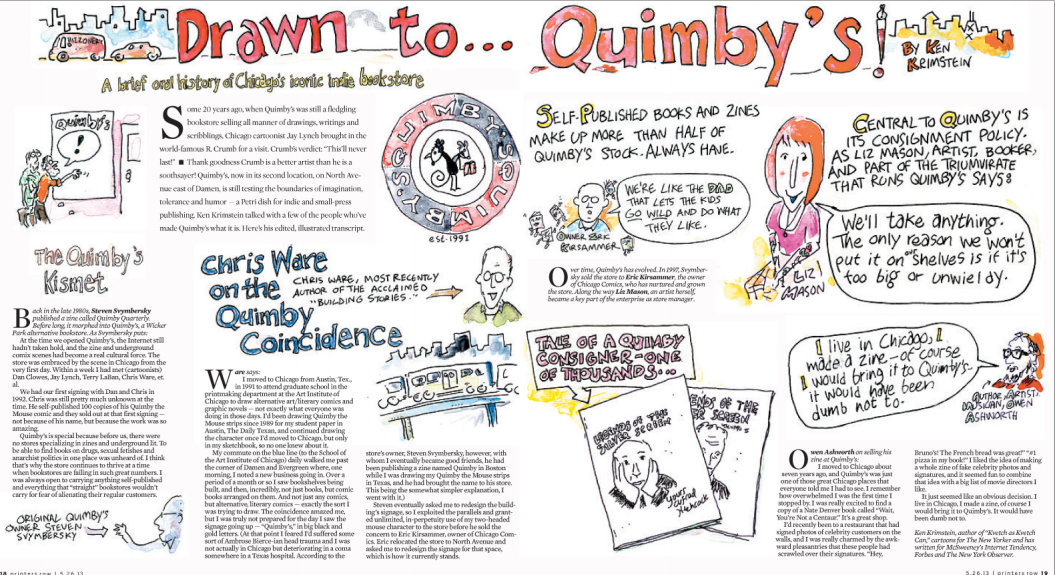 In the 5/26/13 edition. Dowload the pdf for easier reading here. 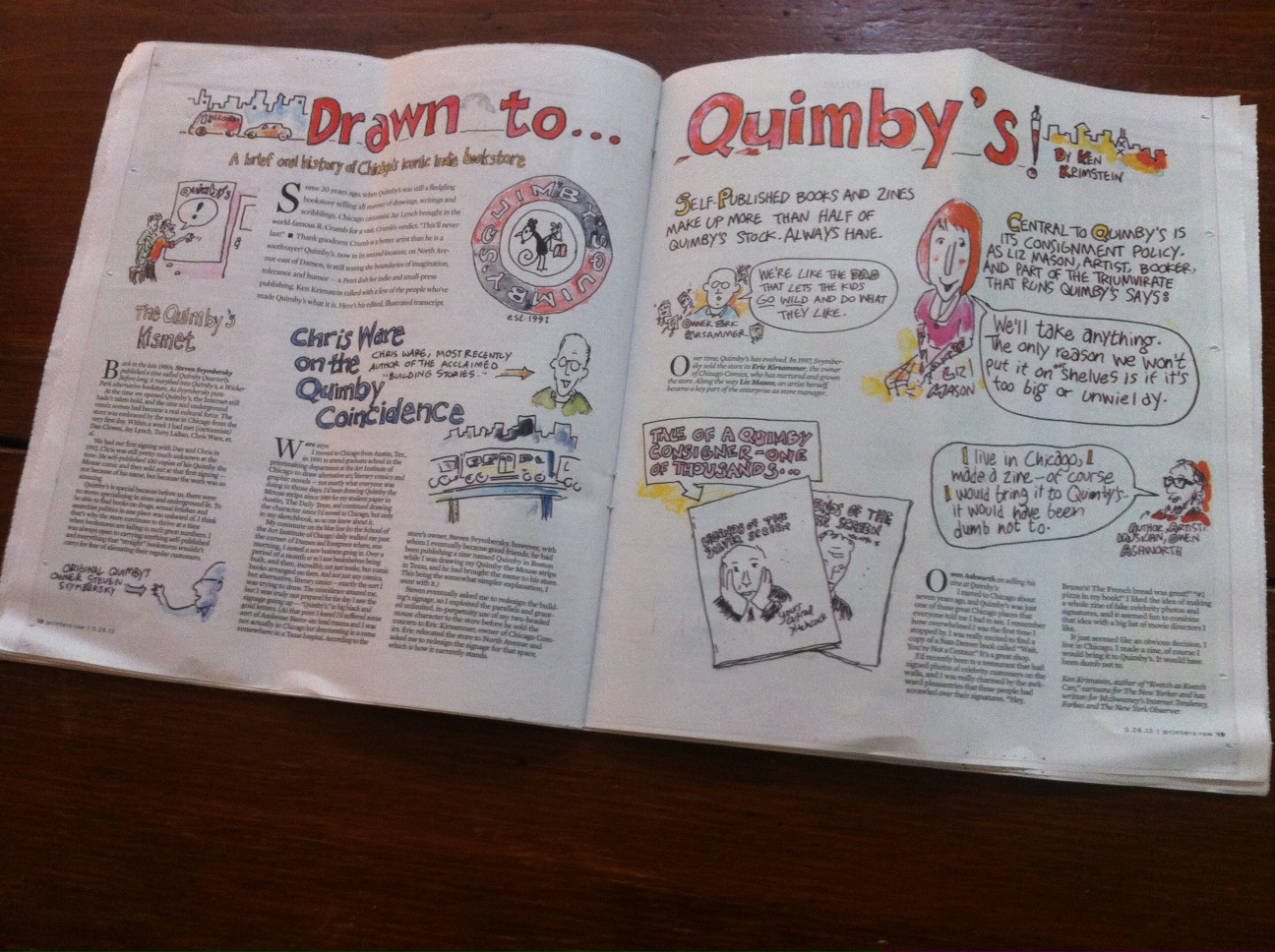 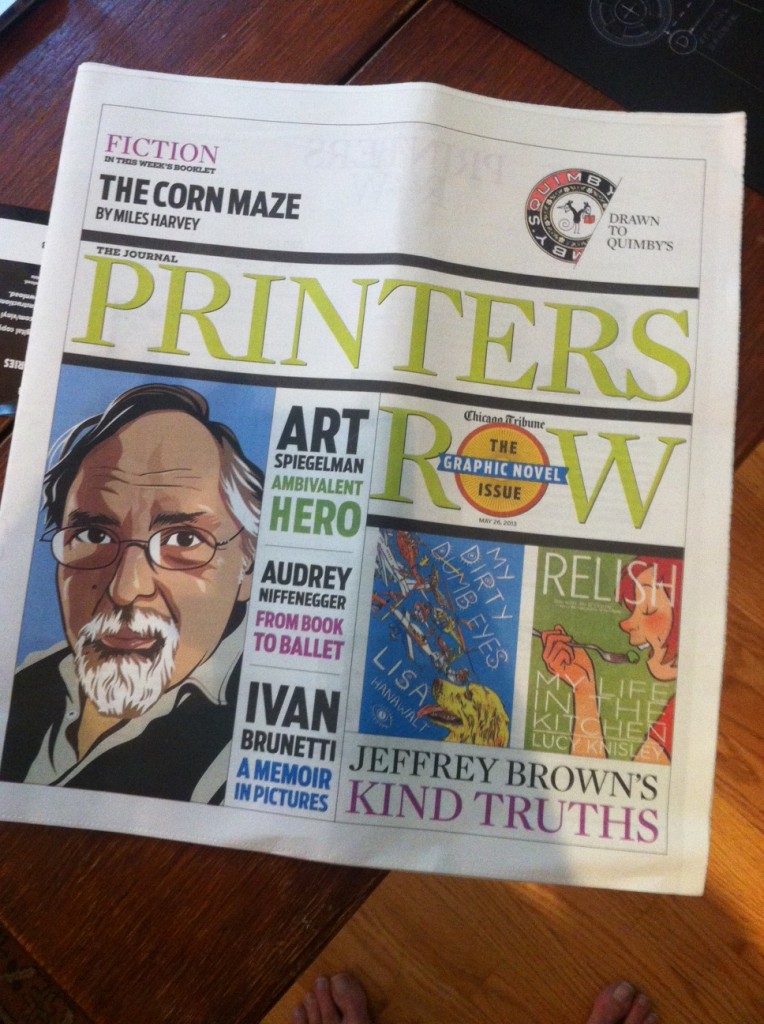 Thanks to the hilarious Ken Krimstein (author of the collection Kvetch as Kvetch Can) for the story! 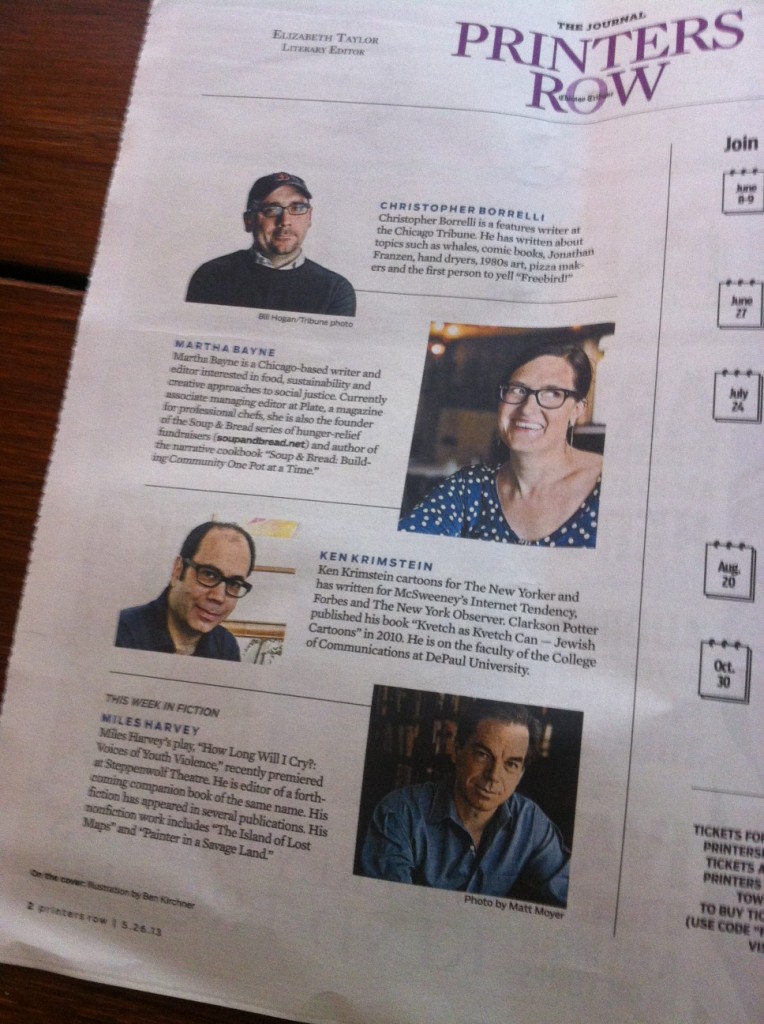 Stop Smiling Magazine wrote up a nice piece about us. Check it out! About Concrete, Bulletproof, Invisible and Fried: My Life as a Revolting Cock:

When hardcore industrial rocker and Ministry supremo Al Jourgensen recruited Chris Connelly as a singer for The Revolting Cocks, the young Scottish lad could hardly have imagined the mayhem that was to ensue.

As an integral part of Jourgensen’s Mad Max-like mutant family of musicians, Connelly joined a drug-crazed traveling circus. Live shows were transformed into an ear-splitting redneck disco from hell, under the influence of a mind-boggling cocktail of every conceivable narcotic, with sleazy strippers and even reports of live cattle on stage.

As well as Jourgensen and all the Wax Trax crew, the book features cameo appearances by Ogre of Skinny Puppy, Trent Reznor of Nine Inch Nails, Killing Joke, Jah Wobble, and Cabaret Voltaire. Despite the unrelenting chaos, both Ministry and the Revolting Cocks have been immensely successful; Connelly appeared on two US gold albums (The Land of Rape and Honey and The Mind is a Terrible Thing to Taste) and worked as songwriter on Ministry’s million-plus selling platinum album Psalm 69. Connelly’s superbly written, funny, irreverent and sometimes downright scary memoir is one of the finest portrayals of a man trapped in the eye of a post-punk industrial storm this side of Armageddon. Chris Connelly will be on hand to read from and sign copies of his book.

About Chris Connelly:
While his contributions to Ministry, the Revolting Cocks, and Pigface have earned him a reputation as a ferocious industrial rocker, singer/songwriter Chris Connelly’s solo career has explored softer music that’s more in line with Nick Cave, David Bowie, Leonard Cohen, and the later work of Scott Walker. Born and raised in Edinbourough, Scotland, and currently living in Chicago; Connelly has had a long and sustained musical career as a solo artist.