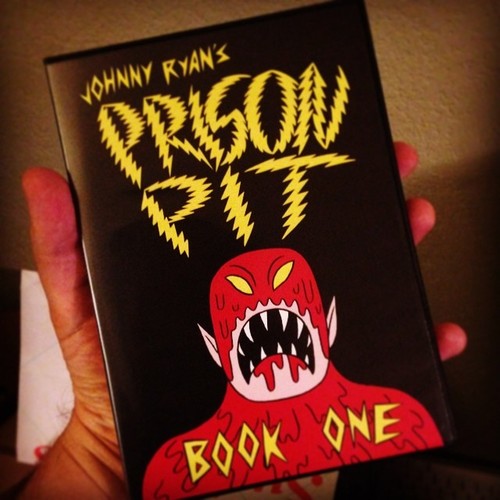 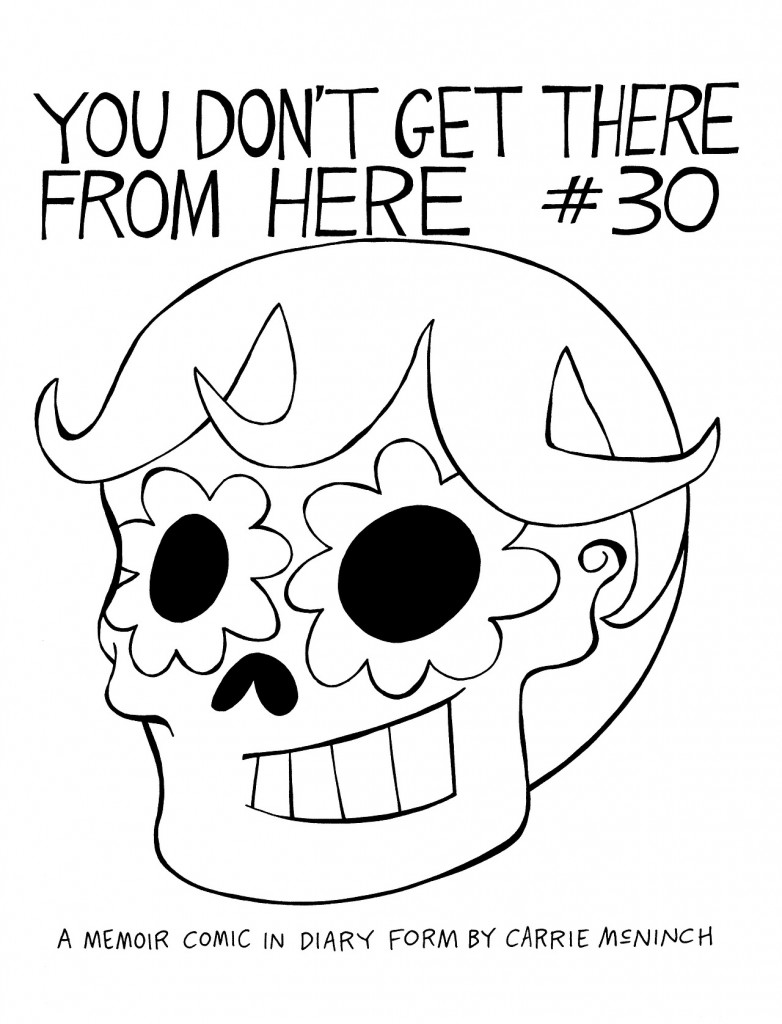 You Don’t Get There From Here #30 by Carrie McNinch $3.00 – This issue of Carrie’s memoir comic in diary form, you’ll read all about things like fighting the new home blues, omnipresent belly fat, cats, running, Disneyland, new car buying, twerking (not being able to), her trip to Oaxaca to celebrate Dia De Los Muertos plus much, much more.
Chips #1 and #2 A Tale of Lust by Hamish Storrie $2.00 each
Squaby #1 by Elizabeth Kordeluk $5.00
The Anthropologists by Whit Taylor (Sparkplug) $6.00
Prophet Strikefile #1 by Brandon Graham $3.99
Dumb issues #3-#5 by Georgia Webber $8.00 each
Force Majeure #1 by Keenan Marshall Keller (Drippy Bone Books) $6.00
Treasure Island #2 by Connor Willumsen (Breakdown) $16.00 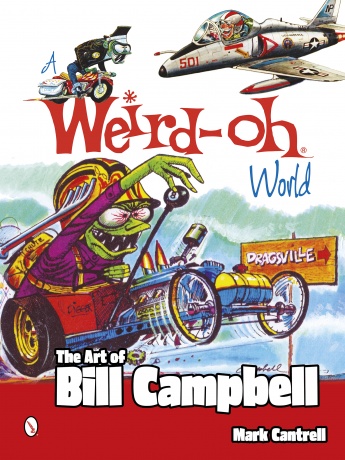 A Weird-Oh World: The Art of Bill Campbell by Mark Cantrell (Schiffer) $39.99 – From his early days painting model box tops for the Hawk Model Company to his invention of the iconic Weird-Ohs model kits, national ad campaigns and editorial cartoons, Bill Campbell has continued to create some of the most unique artwork the world has seen. Now much of that work has been gathered into one volume that traces the entire arc of Bill’s career, including his connection to the Manhattan Project, an initiative that may well have saved his life. Much of the art is presented here for the very first time.
Skulls Sticker Bomb by Studio Rarekwai (Laurence King) $24.95 – Latest edition in the Stickerbomb series, this time around SKULLS.

Music Books
Let’s Talk About Love: Why Other People Have Such Bad Taste ed. by Carl Wilson $19.95 – For his 2007 critically acclaimed 33 1/3 series title, Let’s Talk About Love, Carl Wilson went on a quest to find his inner Céline Dion fan and explore how we define ourselves by what we call good and bad, what we love and what we hate. The original text is followed by lively arguments and stories from Nick Hornby, Krist Novoselic, Ann Powers, Mary Gaitskill, James Franco, Sheila Heti and others.

Essays
No Future for You: Salvos from The Baffler, ed. by by John Summers, Chris Lehmann and Thomas Frank (MIT Press) $27.95 -The counternarrative you’ve been missing, proof that dissent is alive and well in America. Contributors include: Chris Bray, Barbara Ehrenreich, Susan Faludi, Thomas Frank, Ann Friedman, Anne Elizabeth Moore, and more.
Of Dice and Men: The Story of Dungeons and Dragons and the People Who Play It by David M. Ewalt $16.00 – The story of D&D, now in cheap soft cover so nerds won’t feel bad about spilling pizza and Coke on it in the basement at mom’s house.

Kids Stuff
Cast Away On the Letter A: A Philemon Adventure by Francoise Mouly (Toon) $16.95 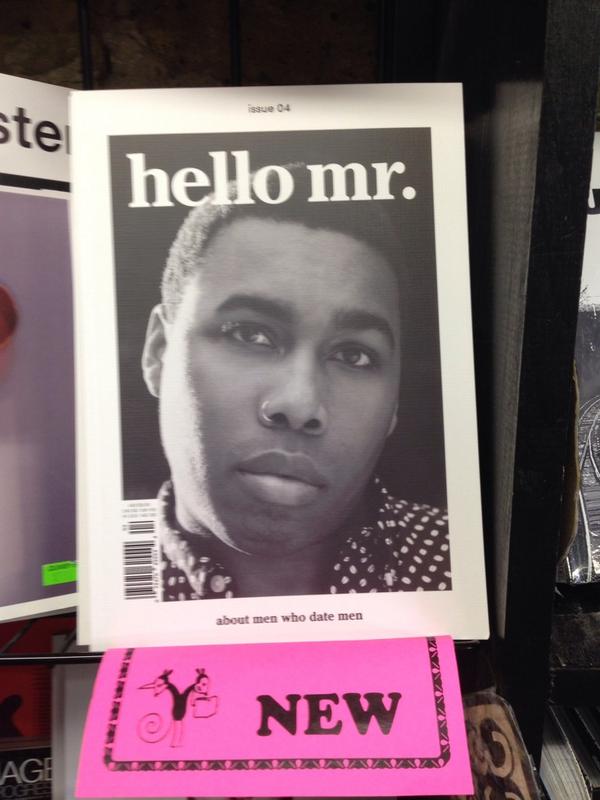 Outer Limits & Mayhem
Ayahuasca Experience: The Sourcebook on the Sacred Vine of Spirits by Ralph Metzner (Park Street) $16.95
Timothy Leary the Harvard Years, Early Writings on LSD and Psilocybin by James Penner, with Richard Alpert Huston Smith Ralph Metzner and others $19.95
Acid Test: LSD, Ecstasy, and the Power to Heal by Tom Shroder $27.95 – With an uncanny ability to reveal the mind’s remote frontiers and the unmapped areas of human consciousness, LSD and MDMA (better known as Ecstasy) have proven extraordinarily effective in treating anxiety disorders such as PTSD—yet the drugs remain illegal for millions of people who might benefit from them. Anchoring Tom Shroder’s Acid Test are the stories of Rick Doblin, the founder and executive director of the Multidisciplinary Association for Psychedelic Studies (MAPS), who has been fighting government prohibition of psychedelics for more than thirty years; Michael Mithoefer, a former emergency room physician, now a psychiatrist at the forefront of psychedelic therapy research; and his patient Nicholas Blackston, a former Marine who has suffered unfathomable mental anguish from the effects of brutal combat experiences in Iraq. All three men are passionate, relatable people; each flawed, each resilient, and each eccentric, yet very familiar and very human.
Gorgeous & Gory: The Zombie Pinup Collection by Jessica Rajs (Schiffer) $34.99 – Dangerously deadly pinups are imagined in the fantastical balance between glamorous and gruesome, compiled into one essential anthology of over 200 photos.
World Gone Wild: A Survivor’s Guide to Post-Apocalyptic Movies by David J. Moore (Schiffer) $34.99
Aleister Crowley: The Beast in Berlin, Art Sex and Magick in the Weimar Republic by Tobias Churton (Inner Traditions) $29.99
DNA of the Gods: Anunnaki Creation of Eve and the Alien Battle for Humanity by Chris H. Hardy  (Bear & Co.) $18.00
A Druid’s Handbook to the Spiritual Power of Plants: Spagyrics in Magical and Sexual Rituals Paperback by Jon G. Hughes (Destiny Books) $18.95 – A practical guide to creating plant extracts, essences, and complexes for use in Druidic sex magic rituals.
UFO and Alien Management: A Guide to Discovering, Evaluating, and Directing Sightings, Abductions, and Contactee Experiences by Dinah Roseberry (Schiffer) $12.99 – Get in touch with aliens, learn to protect yourself, recover information you’ve lost, learn what can go wrong, know what questions to ask, and understand your own personal reporting process.
Dr. Mutter’s Marvels: A True Tale of Intrigue and Innovation at the Dawn of Modern Medicine by Cristin O’Keefe Aptowicz $27.50 – This book interweaves an eye-opening portrait of nineteenth-century medicine with the riveting biography of a man once described as the “P. T. Barnum of the surgery room.” Brilliant, outspoken, and brazenly handsome, Mütter was flamboyant in every aspect of his life. He wore pink silk suits to perform surgery, added an umlaut to his last name just because he could, and amassed an immense collection of medical oddities that would later form the basis of Philadelphia’s Mütter Museum. Award-winning writer Cristin O’Keefe Aptowicz vividly chronicles how Mütter’s efforts helped establish Philadelphia as a global mecca for medical innovation—despite intense resistance from his numerous rivals. Don’t miss Cristin O’Keefe Aptowicz at Quimby’s to talk about this book Sat, Oct 4th, 7pm!

Essays
Women in Clothes by  Sheila Heti, Heidi Julavits, Leanne Shapton, and 639 others $30.00 – This book is a conversation among hundreds of women on the subject of clothing, and how the garments we put on every day define and shape our lives. The editors composed a list of more than fifty questions designed to prompt women to think more deeply about their personal style. Writers, activists, and artists including Cindy Sherman, Kim Gordon, Kalpona Akter, Sarah Nicole Prickett, Tavi Gevinson, Miranda July, Roxane Gay, Lena Dunham, and Molly Ringwald answered these questions with photographs, interviews, personal testimonies, and illustrations.

Music Books
The Big Book of Hair Metal: Illustrated Oral History of Heavy Metal’s Debauched Decade by Martin Popoff $30.00
Excess All Areas: A Lighthearted Look at the Demands and Idiosyncracies of Rock Icons on Tour by Sue Richmond $27.99

Other Stuff
2015 Moleskine planners of different sizes and layouts.
More Field Notes, including the “Arts & Sciences” and “Cold Horizon” editions.
The Witches Almanac #34 Spr 15 to Spr 16 $12.95