Kelsey Brookes Psychedlic Space book. Paintings based on molecular structures of LSD and the like. Totally insane. P.S. Comes with stickers!!! I don’t think they’re laced with anything. #QuimbysBookstore #quimbys

Kelsey Brookes: Psychedelic Space (Gingko Press) $60.00 – Kelsey Brookes is a trained biochemist, and this book consists of pieces based on the molecular structure of subatomic particles of, you guessed it, hallucinogenic drugs. Guess what else that will blow your mind? HE HAS THOSE MOLECULAR STRUCTURES MEMORIZED. My brain is falling out of my head just thinking about this. Oh! And! It has gatefold spreads, a sticker sheet, and a clear molecular overlay on one of the LSD pieces so you can see how the molecules match up with the painting. There’s another booklet bound within (books inside of books, like a fucking fractal). There’s even some glow-in-the-dark business here. If this isn’t all enough to melt your mind, there are essays by Hamilton Morris, Leoni Bradbury, Richard M. Doyle, and a visual essay by Ryan McGinness, as well as a dialogue with Kelsey Brookes by Anthony Kiedis.

Check out them stickers!!!!

Terror Assaulter (O.M.W.O.T.) by Benjamin Marrs (Fantagraphics) $14.99 – Terror Assaulter must defeat Terror at all costs, as long as it leaves time for steamy dates with hot chicks. The man’s codename is O.M.W.O.T. (One Man War On Terror) and he is the world’s greatest protector, and a villain’s worst nightmare. This is a hilarious satire of American foreign policy over the last decade, neocon philosophy, the state of American masculinity and sexuality, and male power fantasy in escapist entertainment. 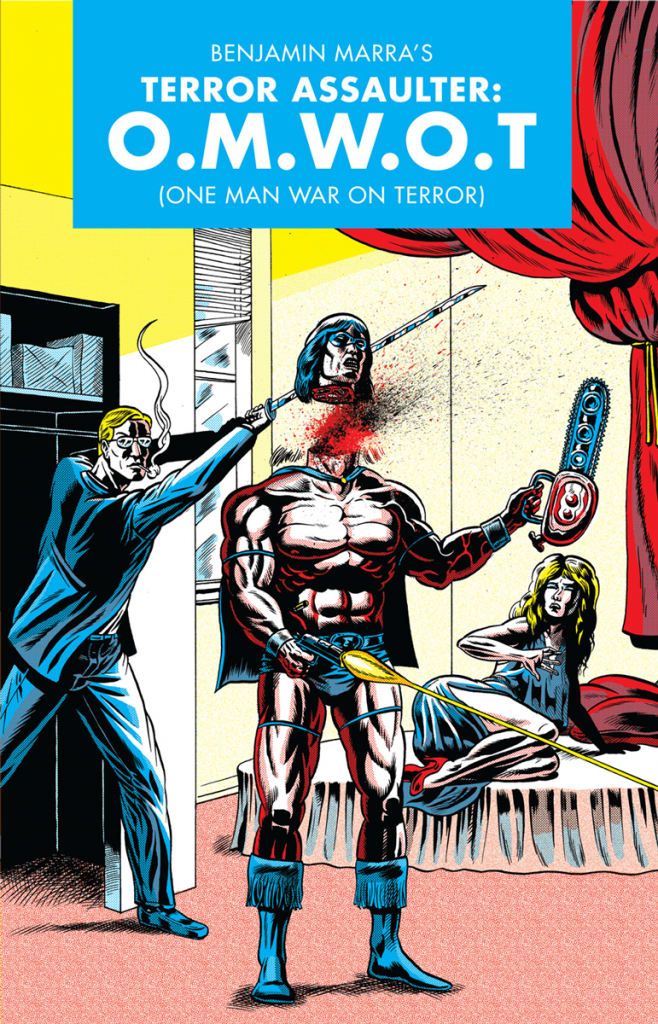 Freeman’s The 100 Helmets of The Vader Project by by Dov Kelemer & Sarah Jo Marks (Gingko Press) – A bunch of different lowbrow artists painted Darth Vador masks and then auctioned them off. Work by Shag, Gary Baseman, Ron English, Mitch O’Connell, The Pizz (R.I.P.) and more. 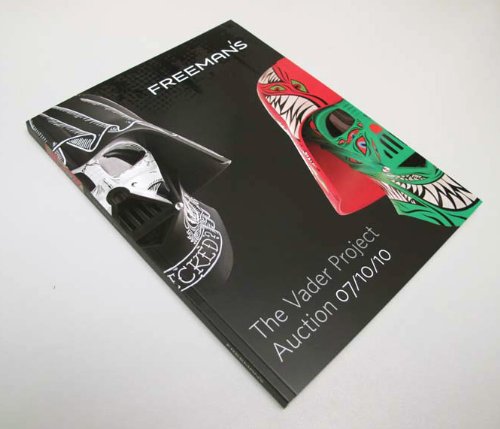 Urban Scrawl Notebook by Bianca Dyroff (Publikat) $12.95 – Plan out your next graffiti piece by drawing and working it out on these blank walls, boards and real-life-y backgrounds, like the one below. How did nobody think of this until now? Genius: 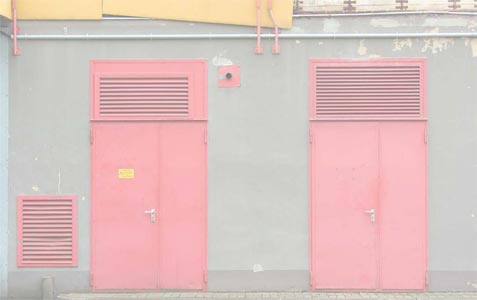 Danish Tattooing: Director’s Cut by Jon Nordstrom (Gingko) $59.95 – A look at the beginning of the scene in the early 1900s and following it into the 1980s with photography, profiles of artists throughout Scandinavia, characters, tattooing hotspots, flash books, custom tattooing machines, and ribald stories, all in the Danish tattooing tradition.

I Am 1UP One United Power (Gingko Press) – The work of 1UP (aka One United Power) has appeared all over Berlin in small subway tags as well as large-scale blockbusters and pieces on walls, skyscrapers and trains; nothing has been safe from this crew since! The public demanded a reprint of this 140 page self-published book.

In Progress: See Inside a Lettering Artist’s Sketchbook and Process, from Pencil to Vector by Jessica Hische (Chronicle) $29.95

The Modern Japanese Movie Poster For American and European Films by Karlheinz Borchert (Gingko Press) $35.00 – Includes over 400 posters dating from 1960 to modern day. 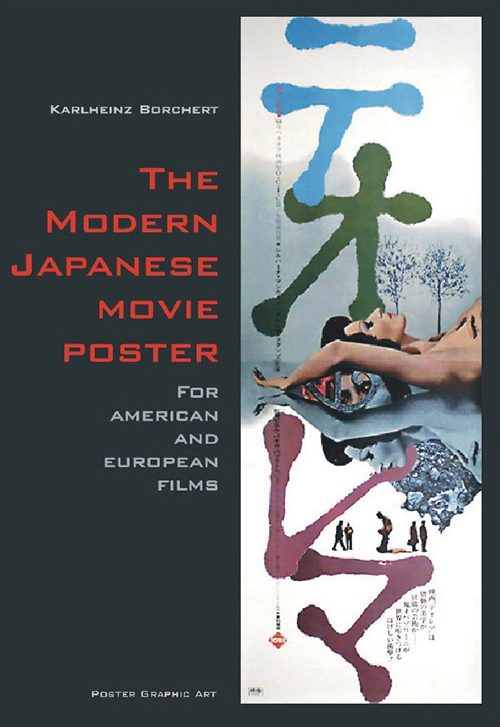 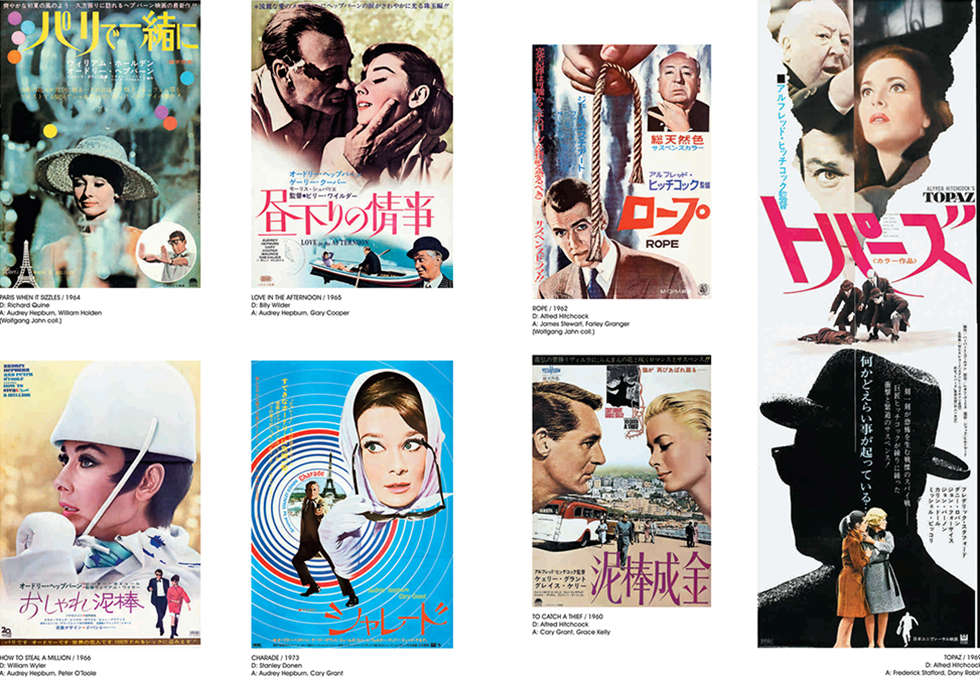 Cruising the Movies: A Sexual Guide to Oldies on TV by Boyd McDonald ((Semiotext(e) / Active Agents) $17.95 – A newly updated version of this classic 1985 text, reviews of movies by the the editor of the Straight to Hell paperback series, originally published in the Christopher Street series. Writing against the bleak backdrop of Reagan-era America, McDonald never ceases to find subversive, arousing delights in the comically chaste aesthetics imposed by the censorious Motion Picture Production Code of 1930-1968. 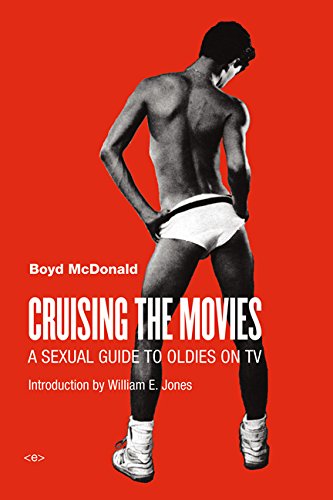 Seeing Power: Art and Activism in the Twenty-first Century by Nato Thompson $23.95