Join us for a release party and reading for Sin: A Deadly Anthology, by The Chicago Contingent. Five authors will read excerpts from their stories in the anthology and each author will also ask some sort of literary or Chicago trivia question with correct answers garnering audience members some fabulous prizes.

SIN is the first of a new anthology series delving into man’s battle with right and wrong. It is an exciting collection of original short stories by The Chicago Contingent, an ensemble of Chicago’s top popular fiction authors, including Marcus Sakey, Patricia Rosemoor, Marc Paoletti, A.C. Frieden, Julia Borcherts, Dana Kaye, Jamie Freveletti, Ric Hess and others. Stories range from crime mysteries to fantasy to noir and inspire the reader to question where they’d draw the line when the circumstances go beyond the impossible.

The Performers:
A.C. Frieden is an author and lawyer living in Chicago. Born in Africa and raised in Europe and Asia, he carries his global experiences into his novels. His background as a molecular biologist, attorney, private pilot , martial artist and army sniper comes together in Tranquility Denied, his latest spy thriller set in Moscow and New Orleans, cities where he studied law. In addition, his non-fiction works have appeared in professional publications in the U.S. and Europe, including the National Law Journal, BNA periodicals and IICLE books. He teaches arts and media law at Columbia College Chicago and serves as senior intellectual property counsel with a large U.S. corporation.

Julia Borcherts is the co-founder of and regular performer at the Reading Under the Influence monthly literary series. She has also been a featured reader at 2nd Story, The Parlor Reading Series, Printer’s Row Book Fair and many other events and venues. Her freelance work has appeared in Time Out Chicago, Metromix, Red Eye, Chicago Fighting Arts, Not For Tourists Chicago, ChicagoBoxing.com, The Golden Gloves program and other publications. She is the recipient of a first-prize award from the Columbia University (New York) Scholastic Press Association and teaches fiction workshops at Columbia College Chicago.

Alverne De’Jesus Ball has a BFA in Fiction Writing and is pursuing an MFA in Fiction Writing at Columbia College Chicago. He has taught comic book writing at Noble Charter High School in Chicago and is currently an editor at McGraw-Hill. Alverne’s work has been published in the literary magazine Annalemma, The Columbia Chronicle and online at Brokenfrontier.com. He received first place in the Union League Civic & Arts Foundation Creative Writing Competition for his graphic story Virgin Wolf. He also received Weisman Scholarships for his graphic stories R-Squared, Geddeon and Zulu.

Jamie Freveletti is a trial attorney, martial artist and runner. After law school, she lived in Geneva, Switzerland while obtaining a diploma in International Studies. Back in Chicago, she represented clients in areas ranging from class actions for mass salmonella poisoning to securities fraud. Her debut thriller, Running from the Devil, will be released by Harper Collins/William Morrow in winter, 2009.

Dana Kaye is a novelist, freelance writer and book critic living in Chicago. She received a Bachelor of Fine Arts in Fiction Writing from Columbia College Chicago. There she studied under well-known authors such as Patricia Rosemoor and Joe Meno, and found her love of writing crime fiction. Her work has appeared in the Chicago Sun-Times, Time Out Chicago, Curve Magazine, Crimespree Magazine and the Windy City Times.

With commanding landscapes and a lyrical rhythm of prose, SLOW STORM is the first full length graphic novel from 2007 Eisner nominee Danica Novgorodoff, and introduces an exciting new talent in comics.

SLOW STORM tells the emotional story of two individuals brought together by loss and loneliness.  On the day after the Kentucky Derby, tornado season descends on Oldham County.  With yesterday’s results still resonating, lightning strikes and sets a barn ablaze.  In its embers, a poignant but fleeting relationship is kindled between forlorn firefighter Ursa Crain, an out-of-place woman struggling to fit into her small Kentucky community, and Rafi, a Mexican immigrant wondering whether his American dream will ever be fulfilled.

By turns violent and poetic, magical and mundane, SLOW STORM follows the flight of a young illegal both enchanted and disappointed by America, and a woman with dark clouds looming above and within her.  Their interaction, though passing, evokes powerful imagery of homeland and family, and leaves the reader questioning his own sense of these values.

This compelling story explores the heart-wrenching struggle of immigration, an outsider’s difficulties to find her place in the world, and the power created when unexpected relationships find us.  SLOW STORM’s poignant themes, accompanied by Novgorodoff’s lush watercolor washes and masterful linework, tell an emotionally-charged tale of homesickness and horses, storms and saints.

ABOUT THE AUTHOR
Originally from Louisville, Kentucky, Danica Novgorodoff studied painting and photography at Yale University and cowherding in the Andes Mountains.  She has worked as a horse trainer in Virginia, an English teacher in Ecuador, and assistant to photographer Sally Mann, and an artist review writer for galleries in Chelsea and SoHo, New York.  In 2006 she won the Isotope Award for her mini-comic A Late Freeze and in 2007 was nominated for an Eisner Award.  She currently lives in New York City, where she works as a designer for First Second. 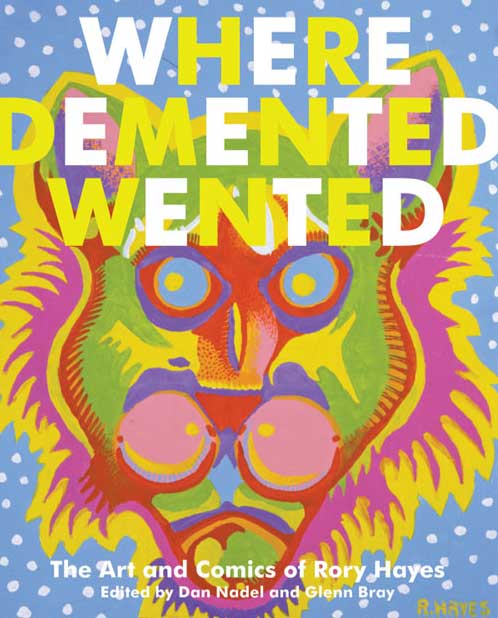 Everybody recovered from lugging huge piles of free swag out of Printers Ball last night? Good! Sidewalk sale going on today in the hood, come browse the table or better yet come hang out inside we got the AC bumpin’!!!!!!!

END_OF_DOCUMENT_TOKEN_TO_BE_REPLACED

The editors of The Best American Comics are soliciting submissions for their series! Maybe, if you send your comics to them, you’ll get lucky! Here is their request!

Dear cartoonist, editor, publisher, or other individual involved in comics in some other capacity,

What is The Best American Comics?
It’s an annual anthology of the best comics short stories and (excerpts of) graphic novels by North American authors each year, published by Houghton Mifflin. It is part of the prestigious Best American series, which also includes The Best American Short Stories, Essays, Non-Required Reading, and so on.

Eligibility
The author must be North American (i.e. from Canada, United States, or Mexico). Work published between September 1, 2007 and August 31, 2008 is eligible for the 2009 volume. The 2010 volume will cover work published from 9/1/08 – 8/31/09, and so on. Individual issues, collections, original graphic novels, and self-published comics (including mini-comics) are eligible for consideration. We must see your comics in order to consider them! Please send one copy of each book you publish to us. Please clearly label each book submitted with contact information and date of publication. Comics published on-line must be submitted in the form of print-outs.

How does it work?
The series editors (that’s us) are responsible for collecting, reviewing, and selecting semi-finalists from all comics published by North American authors in a given year. Each year the editorial team (ourselves and Houghton Mifflin in-house editor Anjali Singh) select an established comics author to act as guest editor. The guest editor is responsible for choosing among the semi-finalists (and adding to the list if he or she sees fit) to create the list of works for inclusion in the book. If your work is on the final list, you will be contacted by us in October or November for permission.

Send Us Your Comics!
We  hope you will put the Best American Comics on your finished book mailing list and automatically send in anything that might be eligible. Keep in mind that even if you miss one year’s deadline a book will be eligible for the following year’s volume.

Note that the publishing deadline for the 2009 volume is coming up at the end of this month.  We will only accept books for this volume until mid-September so send your books in sooner rather than later!

Please send your books to us at the address below. If you have questions don’t hesitate to e-mail us at either jabel@jessicaabel.com or matt@mattmadden.com

Feel free to forward this message to anyone you know that is involved in comics, especially small or self-publishers.