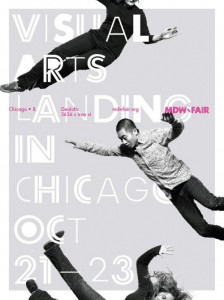 Before we jump into this weeks Top 10, just a note to let you know we will be tabling at The MDW Fair this coming weekend (Oct 21st-23rd). This fair showcases solo and duo exhibitions curated by small not-for-profits, artist-run spaces, independent galleries, collectives and curators from around the country and a whole lot more. The fair starts on Fri the 21st, but we’ll be tabling on Sat/Sun. For more info: mdwfair.org

That makes a full month that Optic Nerve #12 has been in the top 10, slowly but surely moving up from where it debuted at #3, then hanging out at #2 for a few weeks, and then this week #1. A bunch of the usual suspects (Bust, Hi-Fructose) but then some that I don’t think have been on our top 10: Likes Dislikes and Piano Rats. Congrats small publishers!

1. Optic Nerve #12 by Adrian Tomine (D&Q) $5.95 – Two pitch-perfect stories of rejection, imperfection, and relationship drama, each ending on a surprisingly uplifting note. “Hortisculpture” pushes Tomine into a stylistic camp with Sammy Harkham, Jordan Crane, Chuck Forsman and Kevin Huizenga – perhaps more than ever before. The story works with a “Chalky White”-ish suburban everyman and his tempered ambitions, but camps up the visual style into a Marmaduke-y newspaper strip aesthetic. The effect is similar to the trickiness of his wedding planning comics. The second half is a repolishing of his “Amber Sweet” college girl mistaken for porn star plot. Plus we get a glimpse into Tomine’s sad-sack mailbox, and some self-aware griping about putting out comics issue by issue.  -EF

5. The Logan Square Literary Review #8 Fall 11 $5.00 – Don’t miss the release event here at Quimby’s Fri 10/28 for this issue Halloween weekend with the Logan Square Literary Review Reads: Halloween Edition! Grab your pumpkin beers and trick-or-treat bags and prepare yourself for the spooky, scary and creepy as read by: Lara Levitan, Michael McCauley, Alicia Hilton and others!

6. Likes Dislikes #1 by Lacey Hedtke $2.00 – As per the Microcosm website: A great little slice of personality from Lacey’s via her extensive lists of likes and dislikes. Some highlights include: Likes: “The thought that Aliens and Humans might someday become one.” “What Illegal things arose out of prohibition” “talking about conspiracies” Dislikes: “Having to break into a place you have the key to.” “Realizing you like your boyfriend’s friends more than you like him” “Playing with silly putty after someone with warts” “Undressing a man only to find he has creepy underwear” With things like this, we get a gradual growing depth into what Lacey is all about and even her seeming contradictions. We smile at shared feeling and cringe at a horrible experience we haven’t yet lived through.

7. Everything Dies #7 by Box Brown (Microcosm) $5.00 – “Issue seven is a comic retelling of the pan-cultural “flood myth.” Here we see Sumerian wind god Enlil (a total badass jerk  a la an evil pro-wrestler) setting out to destroy the newly-created people of the Earth. The “Noah” of this polytheistic ark story is King Ziasudra, and his trajectory and fate are much different than the Christian Biblical version. Beautifully drawn and deep-packed with “the things that make you go hmm,”  Everything Dies will keep you reassessing who we are and what we’ve built our shared narrative from.” – Microcosm Synopsis 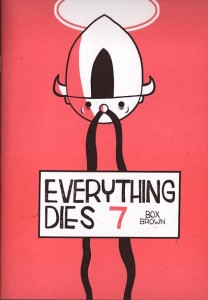 10. Piano Rats by Franki Elliot (Curbside Splendor) $10.00 – Elliot’s poems dissect the 9,000 year gap between the breakfast and the bus ride, the eons between bodies and the slick sopes of memory.  -EF 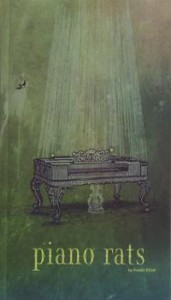 Want your zine, comic or book to be in the top 10 and get some exposure? Tell your friends to come in and get it.